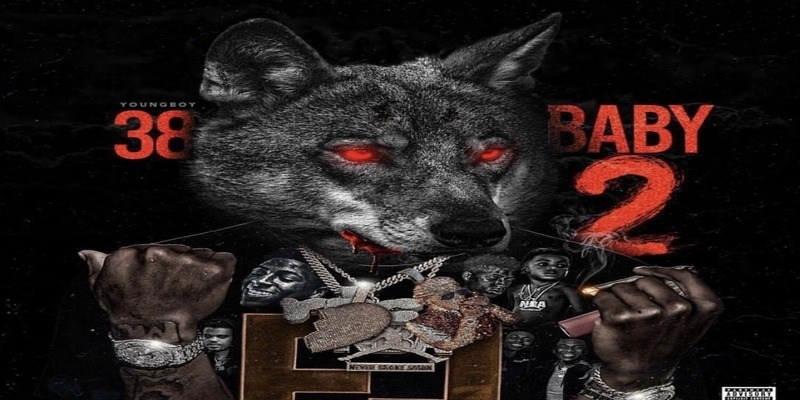 NBA Youngboy has been very consistent in 2018 as he put out his debut album “Until Death Call My Name” featuring the singles “Outside Today” and “Diamond Teeth Samurai.” along with his new “Dedicated” EP. The Baton Rouge rapper is on to a new project as he announced the sequel to his 2016 mixtape “38 Baby.”

Youngboy took to Instagram to post 38 Baby 2‘s official cover art. The artwork depicts Youngboy with a wolf for his head and him flossing his jewelry. No release date has been revealed by Youngboy at the time but expect an official tracklist soon.

More in Album Preview
Ja Rule Finally Responds To 50 Cent Clowning Him On Instagram By Posting 50 As A Woman [PHOTO]
DJ Khaled tries (and fails…) to crowd surf, when he falls into the crowd, the fans actually pushed him back on stage! [VIDEO]