Home » Hip Hop News » NBA Youngboy is a free man, but gets roasted for his fresh outta jail look, missing teeth, being compared to Marlon Wayans in a meme, with fans saying he looks like he went broke again, and calling him a “whole Mexican” #NBAYoungboy 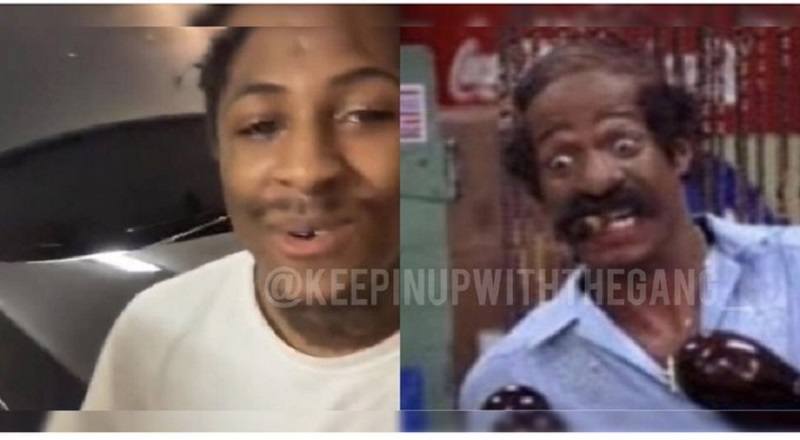 Today, NBA Youngboy was released from jail, after spending the bulk of the year behind bars. His time away saw him finally score a radio hit, with “I Am Who They Say I Am,” featuring Quando Rondo and Kevin Gates. It took nearly a year for the song to catch on.

Better late than never, though, as NBA Youngboy is now a true star in the game. Being a true star means privacy invaded, as Cardi B can expound on, and being a meme. Released from prison, Youngboy is rocking a different look.

Missing a front tooth, his dreads cut, and his hair wild, with the mustache, NBA Youngboy is Twitter’s leading topic. Fans are going in on his look, making him into the Marlon Wayans meme. On top of that, they are calling him a “whole Mexican.”

Read the tweets about NBA Youngboy below:

Continue Reading
You may also like...
Related Topics:cardi b, i am who they say i am, kevin gates, marlon wayans, nba youngboy, quando rondo