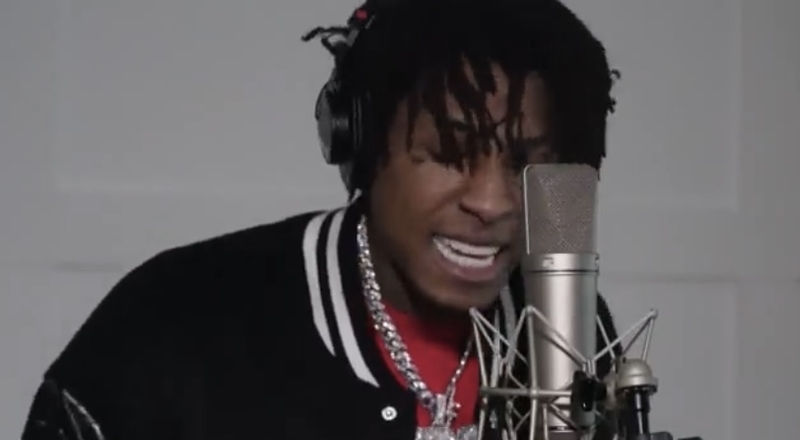 NBA Youngboy is still one of the biggest rappers in the game, but at the same time, still struggles with staying out of trouble. Last March, he was arrested by authorities in Los Angeles, due to gun charges from his September 2020 arrest, in his hometown of Baton Rouge. In LA, Youngboy reportedly fled from police, but was found by a K-9. Youngboy was able to get released in October though, and remains on house arrest un Utah.

According to Rolling Stone, Youngboy’s trial date is now officially set for May 16, for these federal firearms charges. He does face seven years in prison, though. Last week, several pieces of video evidence were ruled ineligible though, in favor of Youngboy.

The video evidence is said to be evidence on SB memory cards, which were improperly seized by Baton Rouge police  outside of Youngboy’s grandfather’s home. There was also an invalid warrant at the time of Youngboy’s arrest, in Baton Rouge. An officer at the scene also claimed that Youngboy was brandishing a weapon at his video shoot. A 9/11 caller was who provided that information to the officer.

“We’re 100 percent convinced of his innocence, and now we have to continue to evaluate our strategy,” said attorney Drew Findling. “The unconstitutionality of law enforcement was clearly evident to the court and resulted in a slew of evidence of being thrown out. We’re looking forward to going to court.”

Last week, Youngboy also released his new joint album with DaBaby, “Better Than You.” This was led by singles such as “Hit” and “Neighborhood Superstar.”