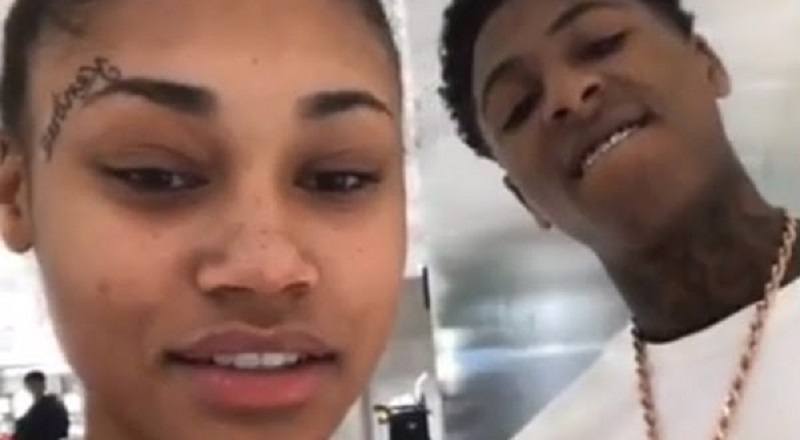 Gone are those days of NBA Youngboy and Jania being boo’d up, like they were, here. Unfortunately, their breakup came, as Jania was giving birth to their child. Since then, NBA Youngboy has moved on with a new girlfriend.

Jania, meanwhile, has been rumored to have a few new men in her life, but none have been confirmed. However, there is a lot of evidence pointing towards one of her new man. While Jania appears to be moving onto a new man, NBA Youngboy is dissing her.

Fans on Twitter have reacted to NBA Youngboy’s Jania diss track. On the other hand, while social media is buzzing about Youngboy dissing his ex, nobody has noticed her. Already, San Antonio Spurs’ star point guard, Dejounte Murray, has drama with @yellowdol, but it looks like Jania has his name tattooed on her chest.

See the photos of Jania’s chest and read the tweets about NBA Youngboy’s diss track below:

More in Hip Hop News
Doja Cat talks “Hot Pink” album, social media, and plays a game of “How Deep Is Your Love” on Hot 97 [VIDEO]
A Married Justin Timberlake Spotted Out Getting Cozy With His Co-Star, Alisha Wainwright [PHOTOS]