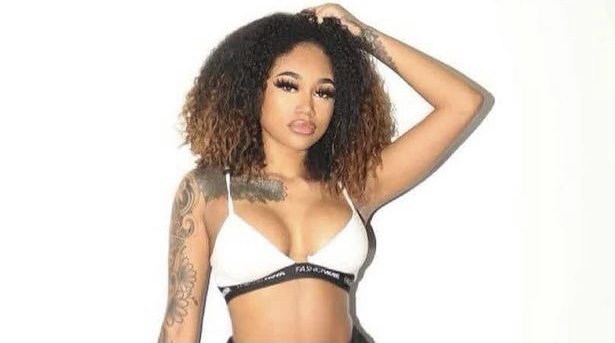 NBA Youngboy reportedly has eight children at the age of 21 now, which is still shocking to many. Yaya Mayweather gave birth at the top of the year and his current girlfriend, Jazlyn Mychelle, posted a photo to Instagram last month of her rocking a baby bump.

One of Youngboy’s other baby mamas is Jania Meshell, who on Tuesday, revealed that she split with boxer, Devin Haney. Haney is regarded as one of the best young fighters in the sport today. Jania ended up taking to her Instagram stories where she saids “Single 4Life. I promise this time.” Haney clapped back and said on his IG “Should’ve known she was a bird when she asked me to b her boyfriend first.”

When screenshots of these posts were revealed on The Shade Room, Pooh Shiesty chimed in. He claimed that Jania was in his DMs but she quickly shut that down. She posted a screenshot of a DM conversation they had on Instagram as they were blurred out. It seemed that all Jania replied to the 1017 rapper with were emojis.

Shiesty then took to his own Instagram stories where he denied shooting his shot with Jania. He said “That s*it cap.I ain’t say that lame a*s s*it. I don’t know that girl.”

Check out screenshots of Jania, Pooh Shiesty and Devin Haney’s IG posts below.

More in Hip Hop News
Porsha Williams is being dragged by Twitter for announcing relationship with Simon, her #RHOA castmate’s ex, as Porsha says she and Falynn are not friends [PHOTO]
Russell Westbrook sets the all-time NBA record for triple doubles [VIDEO]