Home » Hip Hop News » NC man picks up a bobcat and THROWS it, after the bobcat attacked his wife, as both were preparing to leave home for work [VIDEO] 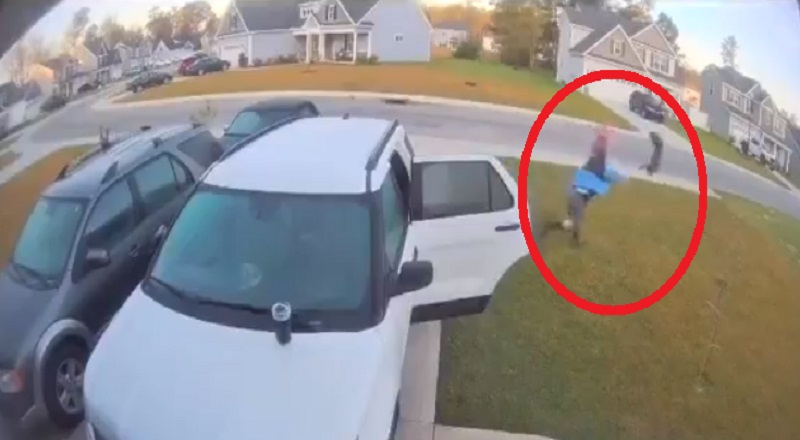 In North Carolina, a couple got more than they bargained for, as they were heading to work. The husband walked outside, first, loading up his car, and speaking to the neighbors. While he was speaking, his wife was being chased and attacked by a bobcat.

Definitely a dutiful husband, the man ran, and then caught the bobcat. Grabbing the wild animal, who had rabies, with his bare hands, the man threw the bobcat. After this, he encouraged his wife to run, and get in the car, telling the neighbor, a child, to also run.

The entire ordeal, with the North Carolina man, and the bobcat was caught on camera. His security camera caught the bobcat attacking his wife and him attacking the bobcat. In the heat of the moment, this man actually picked up the wild, rabid, animal, and tossed it.

This was a wild 46 seconds pic.twitter.com/jIHQg0G4qU

Continue Reading
You may also like...
Related Topics:featured, north carolina

More in Hip Hop News
Ralo is Reportedly Pleading Guilty To 2018 Drug Case Where He Was Found With $1 Million Worth of Marijuana on Private Jet; Faces a Maximum of 40 Years in Prison
Pop Smoke’s 2020 Debut Studio Album, “Shoot For The Stars, Aim For The Moon,” is Reportedly The Highest-Selling Hip-Hop/R&B Album of 2021 So Far