Home » Hip Hop News » Nelly displays weird behavior during Juicy Fest performance, rolling his eyes into the back of his head, and rocking his head in an unusual manner [VIDEO] 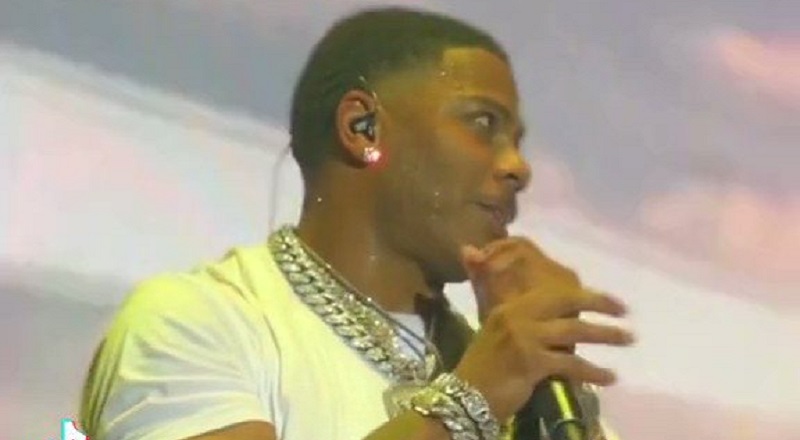 Nelly dominated the early 2000s, alongside a number of other artists. Most of these artists, which also include the likes of Xzibit, Mya, and Ja Rule, are in Melbourne, Australia for Juicy Fest. Here, they are reliving the days of glory, when they owned the radio. However, Nelly is the one garnering the most attention, which is how it was when he was actively releasing music. This time, the fans are pointing out how odd Nelly was acting onstage.

Nelly built a huge buzz in his hometown of St. Louis, during the late 1990s. As a result, the major record labels began showing an interest in him. This led to Universal Records signing Nelly and he burst through the door with “Country Grammar.” The hit single, alongside the album, would go onto sell over 7 million copies in the United States, alone. Immediately, Nelly became the biggest rapper in the game, as only The Notorious B.I.G. had sold more records, at that time.

Nelly proved he had more than one run in him, when he dropped “Hot In Herre.” The song introduced his second album, Nellyville, which would also be a top seller. After 2005, Nelly faded from the spotlight, and began receiving his props as a legend around 2013. Now, he is regarded as one of the many rappers who helped turn hip hop into a multi billion dollar enterprise. Last night, Nelly was performing at Juicy Fest, and how he kept twisting his head and rolling his eyes left fans dumbfounded.

More in Hip Hop News
Lauren London shows significant weight loss on “You People” red carpet [VIDEO]
Antonio Brown claims that his Snapchat account got hacked, after getting suspended for posting explicit photo, of him with his baby mama