Home » Hip Hop News » Nelly gets clowned by Twitter for asking Ashanti for a hug, after #Verzuz 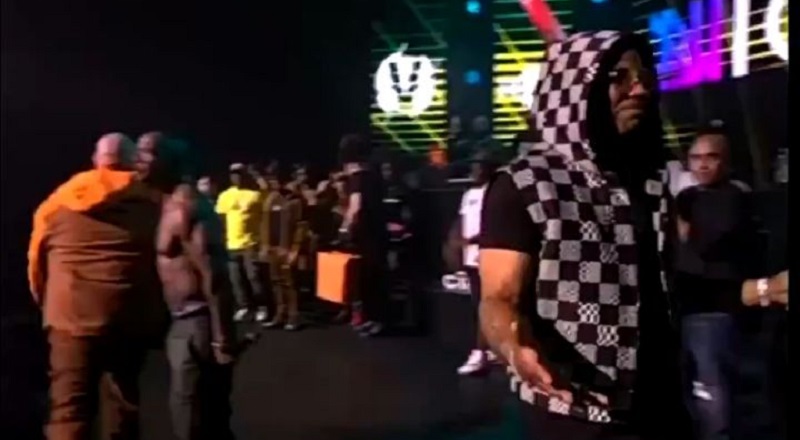 The year of 2002 was a good year for hip hop, but even better for pop rap. That year, Fat Joe scored the biggest hit of his career, in “What’s Luv?,” featuring Ja Rule and Ashanti, meanwhile Rule owned 2002. When the summer came, Nelly dropped “Hot In Herre.”

Nelly was already popular, but 2002 saw him become one of music’s biggest names. The high of that record carried him for two years, when he returned and topped Billboard, again. After that, he lent his vocals to Fat Joe for “Get It Poppin.'”

When Ja Rule began dropping hits on Fat Joe, he brought Nelly out to perform “Get It Poppin.” Afterward, he performed “Hot In Herre,” and then Ja Rule brought Ashanti out to perform “Mesmerize” and “Always on Time.” The viral moment came after the show, when Nelly asked Ashanti, his ex, for a hug, and Twitter is still talking about it.

More in Hip Hop News
50 Cent trends on Twitter, during #Verzuz, as Fat Joe threatened to play “Candy Shop,” and Irv Gotti mentioned how they beat him and stabbed him, as Ja Rule performed
Fat Joe admits most rappers were scared to battle Ja Rule on #Verzuz; Fans praise Ja for his hits