Home » Hip Hop News » NeNe and Cynthia finally came face-to-face and fans on Twitter say that whole thing was awkward and fake and Eva is too! #RHOA 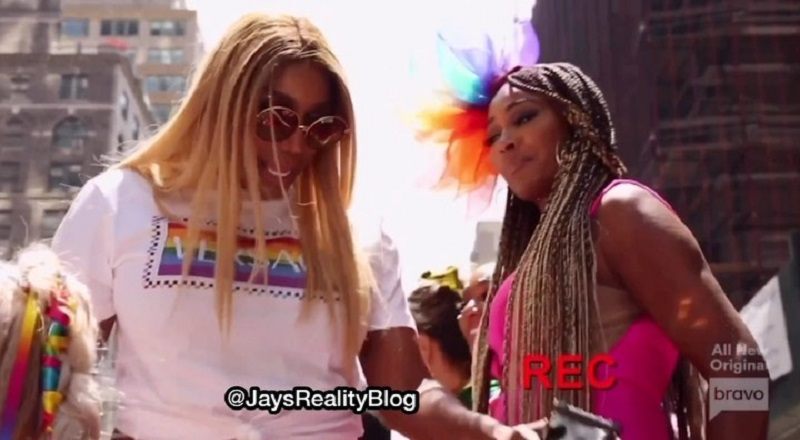 The first three episodes of “The Real Housewives of Atlanta,” season twelve, have centered around Cynthia Bailey and NeNe Leakes’ feud. Last week, the two discovered they were doing a parade together. No scenes were shared, but the two threw much shade at each other.

For all of the hype about their confrontation, which all of last week was built up for, nothing happened. When the two actually saw each other, it was nothing. NeNe walked up, casually spoke to Cynthia, and Cynthia casually spoke back.

NeNe and Cynthia didn’t have any sort of confrontation, which makes sense, as both were preparing for their bag. The fans, though, they wanted something to talk about. Upset, fans on Twitter said that interaction was so awkward, and so fake, also adding that Eva was fake.

Read the tweets about NeNe and Cynthia below:

More in Hip Hop News
Close Call! Cowboys Randall Cobb Shows Off His Juggling Skills Recovering Nearly Forced Fumble In Mid Air #DALvsNE #CowboysNation
Patrick Patterson apologizes for “bulldog” comment, saying he was responding to a man and his wife, who made disrespectful comments about his wife, but two wrongs don’t make a right, that he was not referring to black women, and he apologizes to them, and all offended [PHOTO]