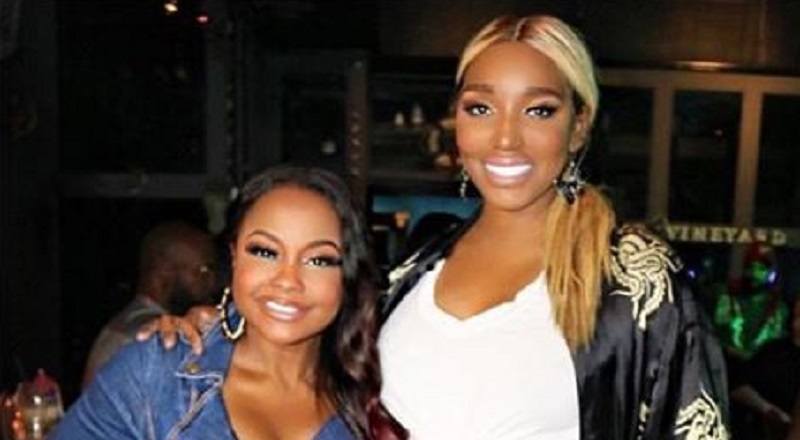 Towards the end of Kandi and Phaedra’s friendship, Phaedra ended up on friendly terms with NeNe Leakes. During this time, NeNe was the show’s villain and had it out for Kandi and Phaedra. As the next two seasons went on, Phaedra and Kandi completely fell out.

For a time, Phaedra leaned on NeNe, before Porsha became “Frack” to her “Frick.” Soon, NeNe would leave the show, siding with Kandi in the feud Phaedra and Porsha had with her. Returning to the show, NeNe befriended Kandi and often shaded Phaedra.

Apparently, NeNe and Phaedra have returned to their good place. The two posed for the above photo and NeNe even advocated for Phaedra returning to the show, two years after she demanded “Frick and FRAUD” be cut. Unfortunately, there is likely no chance of Phaedra and Kandi reuniting.

More in Hip Hop News
Ice Cube breaks down the music business, new album, and Kevin Hart’s Oscars situation on #SwayInTheMorning [VIDEO]
Ari flirts with Young M.A. on IG and speaks on the rumors of them dating for the first time [VIDEO]