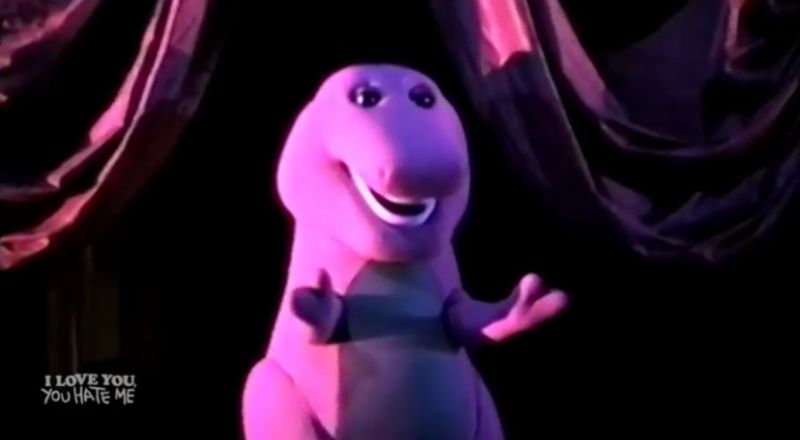 A documentary exploring the dark side of the children’s show Barney & Friends is set to release October 12th. Airing on Peacock TV, the three part series takes a closer look into lawsuits and tragedy behind the popular show. After being on the PBS station for nearly 2 decades, the show was cancelled for good in 2010.

Barney premiered on PBS in 1992, becoming an instant phenomenon with children everywhere. Popularity around the show grew rapidly, taking Barney to international heights. As movies, specials and Barney merchandise took over most of the 90’s, lawsuits and hate groups also formed against the beloved character.

Barney’s reputation turned toxic, as parodies of him being beat up or attacking other people circulated. Barney’s creator Sheryl Leach and voice actors apart of the show also faced personal ridicule and even death threats. The three part documentary titled I Love You, You Hate Me, will explore the downfall of the Barney empire. Furthermore telling shocking secrets the documentary touches on David Joyner becoming a tantric sex therapist. David Joyner wore the famous Barney costume from 1991 until 2001.

More in Hip Hop News
Antonio Brown is accused of assaulting a woman after exposing himself by putting his bare bottom in her face, repeatedly
Diddy previews Yung Miami verse on “Gotta Move On” remix [VIDEO]