Home » Hip Hop News » New Druski skit gets debated on Twitter, where he and his friends pressure women to excessively drink at a party [VIDEO] 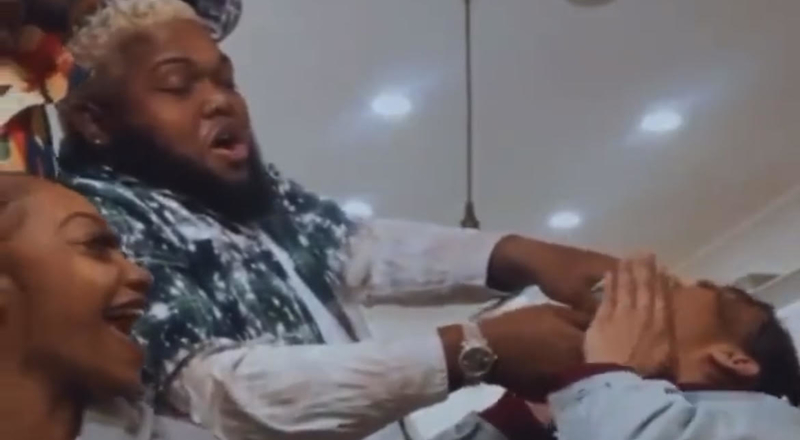 New Druski skit gets backlash for forcing alcohol on women

Druski is known as one of the biggest comedians on social media, over the last several years. He’s accumulated over 4.1 million Instagram followers, as well as 1 million followers on Twitter.

Druski’s latest skit has all of Twitter and Instagram debating now, though. This skit displays him and his friends, making a skit of them with multiple women, at a small house kickback gathering. The men in the video kept pressuring women to take more alcohol shots, with them constantly telling them to take one more.

However, This video went on to earn a lot of criticism, due to these actions being viewed as predatory behavior. Some users defended Druski, by saying that he simply does skits, and isn’t trying to promote anything serious. Others viewed this video as a very bad look, and scenes that display lack of support for women. There were users who believed that this video shed light on what other men unfortunately do to women, at parties.

Druski has since deleted this skit, from his social media pages. He has yet to publicly address the backlash, either. This could be done in the next 24 hours, though.

Check out the latest Druski clip that is making noise on social media, below.

New Druski skit gets backlash for forcing alcohol on women

Continue Reading
You may also like...
Related Topics:druski, featured