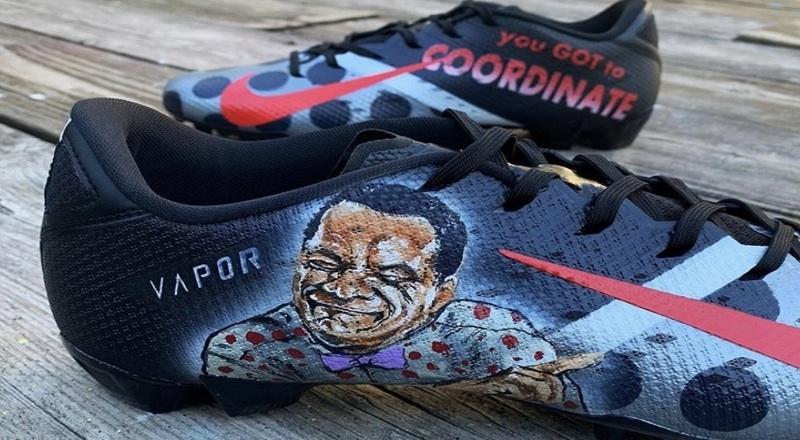 Mohamed Sanu got traded to the New England Patriots from the Atlanta Falcons before the trade deadline and it looked like a good move for both teams. In exchange for Sanu, the Falcons received a 2020 second round draft pick.

Tonight will be Sanu’s second game for the undefeated Pats as they take on the 5-2 Ravens in Baltimore. This afternoon, Sanu took to his Instagram feed to show his weekly pair of customized cleats. This time, it’s in honor of actor/comedian John Witherspoon, who passed away on the evening of October 29 suddenly at his home.

The cleats display Witherspoon’s face as it says “You got to coordinate” in a red font. The colorway features navy and baby blue with a red Nike logo. These are definitely a dope design and a nice way to pay homage to a legend. Witherspoon was known for his appearances in the Friday movie series, “The Fresh Prince of Bel-Air,” “The Wayans Bros.,” Martin,” Soul Plane, Little Man, and Dr. Doolittle 2.

More in Hip Hop News
Summer Walker Basically Says She’s Done With The Music Industry and Fame Once Her Tour is Over, Telling Fans They Don’t Deserve Her [PHOTO]
Twitter Reacts To The Cleveland Browns Once Again Playing Like Trash. Not Good Enough To Even Win Against The Denver Broncos #CLEvsDEN #Browns