Home » Hip Hop News » New York Rappers Casanova, 22gz, Don Q, Pop Smoke And Sheff G All Taken Off Of #RollingLoud New York Lineups At The Request Of NYPD For Safety Concerns About Them All Increasing Violence During Their Performances 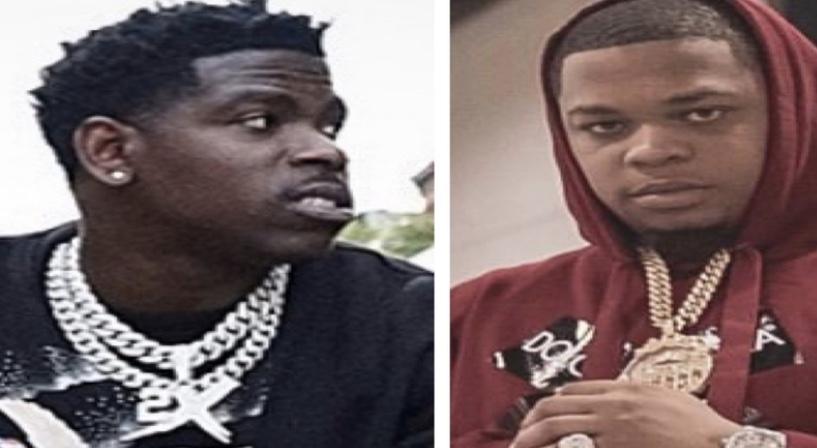 Yesterday, the NYPD sent in a letter to the Rolling Loud festival taking place in Queens, New York at Citi Field this weekend asking for them to remove NY rappers Casanova, 22gz, Don Q , Pop Smoke and Sheff G off of their lineups. This was due to “safety concerns” as the NYPD says they are “affiliated with recent acts of violence citywide.”

The NYPD thought that if all of them performed, the possibility of increased violence at the shows tonight and tomorrow would happen. According to The New York Post now, all five artists have sadly been dropped from their performances. Martin Morales, an assistant chief at the NYPD, was the one who sent in the original request for the cancellations of these artists at Rolling Loud.

The NYPD sent a letter telling Rolling Loud to remove Casanova, 22gz, Don Q , Pop Smoke and Sheff G from their lineup due to history of violence. pic.twitter.com/miVm3QN4NX

Rolling Loud has since confirmed the cancellations of these artists and didn’t issue any further comment. As far as crimes committed before, Casanova served time for a robbery charge way back in 2007 and 22Gz was hit with a murder charge in Florida in 2017, but they were dropped after cops identified another man as the shooter. Sheff G, Don Q and Pop Smoke all faced weapons charges before.

Tariq Cherif, Co-founder of Rolling Loud, said that they had no choice but to drop these artists if they wanted to continue festivals in New York. He added that the scheduled artists were all paid their booking fees despite the cancellations. Casanova addressed the cancellations and claimed his innocence as he confirmed that his last felony conviction was in 2007. Don Q added that there’s a lot of misinformation and isn’t in any gang activity.

The NYPD definitely did all of these artists wrong with their cancelled performances at Rolling Loud. There’s no evidence that they’d increase violence there. This was a profiling move by police for sure. Check out Casanova, Don Q and Cherif’s posts on social media speaking on the situation below.

Trust me I said that and much more. All the public sees is the letter. Way more happened behind closed doors. If we want RL to return to NYC, we have no choice but to comply. That’s the position we’re in. https://t.co/pRqcxPlYrm