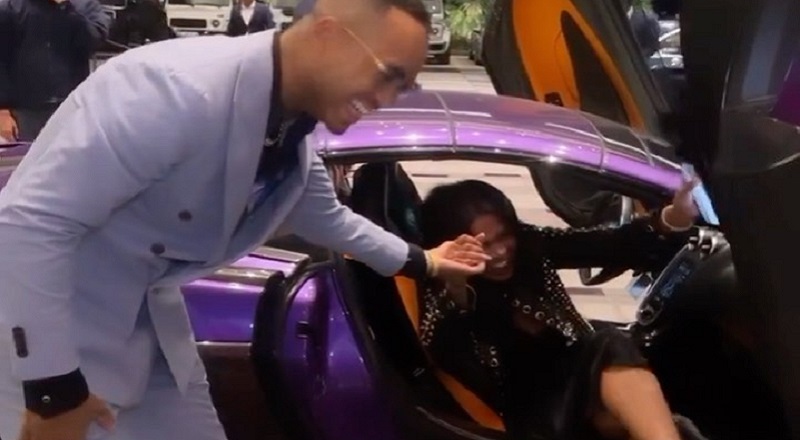 Nia Long hangs out with Terrence J in Dubai

Nia Long has been all over the headlines, since the reports of her partner, Ime Udoka, cheating on her. She went viral for appearing on the You People red carpet with Omarion. However, after rumors of the two dating, Nia Long made it clear that she’s single. Now, she is on camera hanging out in Dubai. Long was on camera with Terrence J.

Nia Long is a legend in the game. Currently, she is starring in “The Best Man” miniseries, which is streaming on Peacock. In addition, Nia Long has new film projects that she is involved in. Prior to the Omarion rumors, her appearance on the You People red carpet, alone, was sparking headlines. The people were giving her props for how good she looked, especially being 52.

Nia Long, especially with everything that is going on, has made it clear that she’s single. As a result, she is grown and doing what she wants to do. Her being in Dubai has people asking a lot of questions. In addition, Terrence J being there is sparking a lot of rumors. However, the most likely scenario is that Nia Long and Terrence J, both, have gone to Dubai to attend Beyonce’s concert she was paid $24 million to perform.

Nia Long hangs out with Terrence J in Dubai

More in Hip Hop News
Shannon Sharpe gets into heated argument with Memphis Grizzlies and almost got into altercation with Ja Morant’s father, in the middle of the game [VIDEO]
“BMF” actor Lil Meech avoids charges, after firearm found in luggage at airport actually belonged to bodyguard