Home » Hip Hop News » Nia Riley Drags A Fan Who Accuses Her Of Still Messing With Lil Fizz, when she comments on his IG, calling her a “hoe HOE” #MarriageBootCamp #LHHH [PHOTO] 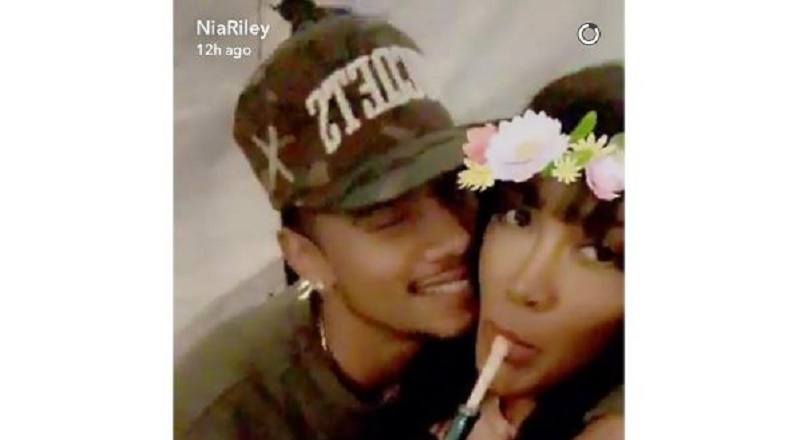 Nia wants everyone to stop accusing her of messing with B2K member, Lil Fizz.

A few years ago, during the airing of Love and Hip Hop Hollywood, Nia Riley posted a picture on her and Fizz on Snapchat. Fans assumed that they were dating and began ranting on social media. However, Nia quickly put those rumors to rest, and said her and Fizz are not dating, and had never dated.

Today, a fan tried to push Nia buttons by resurfacing the rumors that her and Fizz are a couple. After Nia commented one of Fizz pictures on Instagram, a fan responded calling her a “hoe hoe.” Nia clapped back and said that a male and female can actually be friends with nothing sexual being involved, and that’s exactly what her and Fizz are.

More in Hip Hop News
The Game’s Canadian Tour Is Canceled After Getting Denied Entry To The Country [PHOTOS]
Lil Mo Goes Off About Marriage When Telling Judge Lynn Toler Her Story; “I Don’t Have Time To Get Married For A 4th Time”, Fans Say They’re Here For Lil Mo Shenanigans and her Craziness #LHHNY #MarriageBootCamp #HipHopBootCamp [PHOTOS]