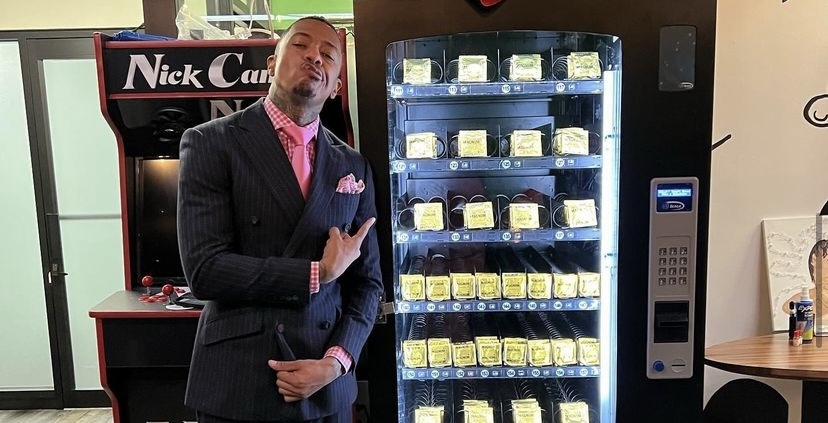 Over the past year, Nick Cannon has been known to have more and more children, with different women. At the end of 2021 though, he suffered a huge loss, as his newborn son Zen, passed away. This was due to brain cancer.

In late January, Nick Cannon had a baby shower in Los Angeles. This was with Bre Tiesi, who had just divorced from former NFL player, Johnny Manziel. The two had this event in Malibu, as the gender of the child appeared to be a boy, based on the blue theme.

Tiesi showed her baby bump, as this is Cannon’s eighth total child. Now, the “Wild ‘N Out” star has received a very interesting gift. On Sunday, Cannon revealed that a fan gifted him a vending machine, as a Valentine’s Day gift.

This machine ended up being filled with Magnum condoms. This was to show that Cannon actually needs to start using condoms, instead of having more and more children. It appears that Cannon doesn’t mind this being the case though, as he makes headlines almost every other month, for getting another woman pregnant.

Continue Reading
You may also like...
Related Topics:featured, nick cannon

More in Hip Hop News
Damian Lillard jokes begin on Twitter, after CJ McCollum gets traded to the Pelicans
Daniel Bellomy turns up in the club, after Zeke gets killed off of “Power” #ImReadyChallenge