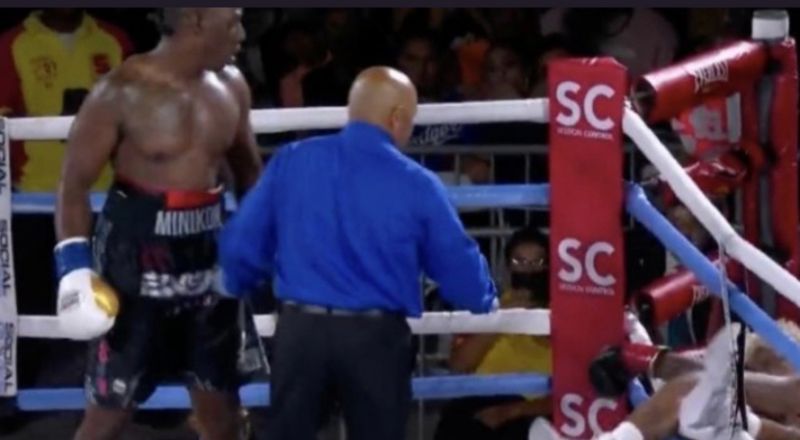 Nick Young takes his athletic talents to the boxing ring and fans everywhere couldn’t believe it. The former Denver-Nugget player showed a not so graceful boxing form during a celebrity match. Nick Young is the latest celebrity athlete to  jump in the ring, recently boxing at  Social Gloves TV. He took on Malcolm Minikon and was knocked through the ropes of the ring during the fight.

Nick Young who also goes by Swaggy P, has a career spanning over a decade in the NBA. Famously known for playing alongside Kobe Bryant and wining a 2018 championship with the Golden State Warriors, his basketball career continues to remain uncertain. Recently a guard for the Denver Nuggets, he was cut from the team after only a few weeks.

Nick Young is still a free agent with hopes of signing to another team. As he continues working on a potential new basketball home, public appearances have kept Nick in the spotlight. Nick’s boxing match originally featured rapper Blueface as his opponent, with plans changing Malcolm Minikon stepped in. The viral match shows Nick Young being hit and falling through the ropes by Malcom who is an influencer and boxer himself.

More in Hip Hop News
Jackson, Mississippi resident shares video of her running water and it is dark brown
Coi Leray questions how critics called her a “TikTok artist” last year, and everyone being on TikTok now