Home » Hip Hop News » Nicki Minaj and 50 Cent call out Steve Madden for lying about never offering Nicki a deal, sharing an old VIBE interview, where he said he regrets doing a deal with Iggy Azalea + Nicki accuses Irv Gotti of putting Steve up to it, after sharing all receipts [PHOTOS] 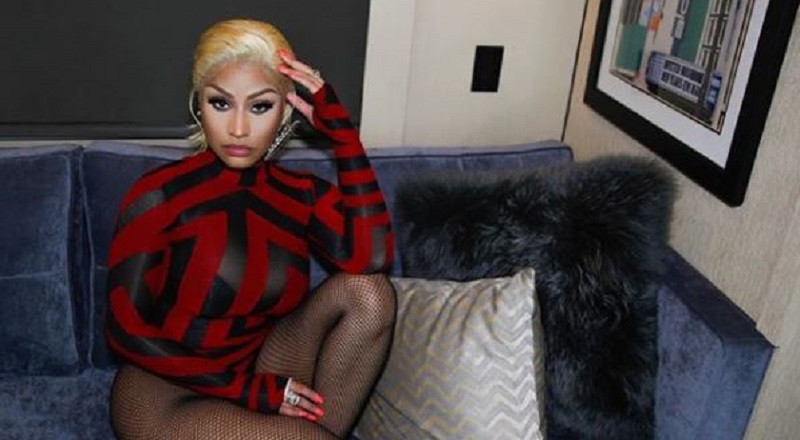 Towards the end of 2017, Nicki Minaj went on a hiatus from the game, and people wondered where she was. Correctly, many fans predicted this was due to Cardi B and her success. At the time, it seemed unlikely, due to their recent collaboration.

Nicki Minaj and Cardi B have since wound up in one of hip hop’s biggest beefs since 50 Cent and Ja Rule. Seeing how she hails from Queens, Nicki Minaj is close to both rappers. Early in her career, she even worked with Irv Gotti, turning Murder Inc. down.

Now, Irv Gotti is working with Cardi B, via his Steve Madden deal, which was brought up when she and Nicki were going at it. When Nicki said she turned the deal down, Steve Madden called her out for lying. In her reply, she said Irv must’ve put him up to it, as 50 Cent also jumped into the beef, on Nicki’s side, exposing Steve.

More in Hip Hop News
Trippie Redd Will Release “A Love Letter To You 3” Mixtape On November 9; Tracklist Features NBA Youngboy, Juice WRLD, and More
G Herbo is officially dating Tiana Williams, Fabolous’ step-daughter; Posts video of her chilling with him in the studio [VIDEO]