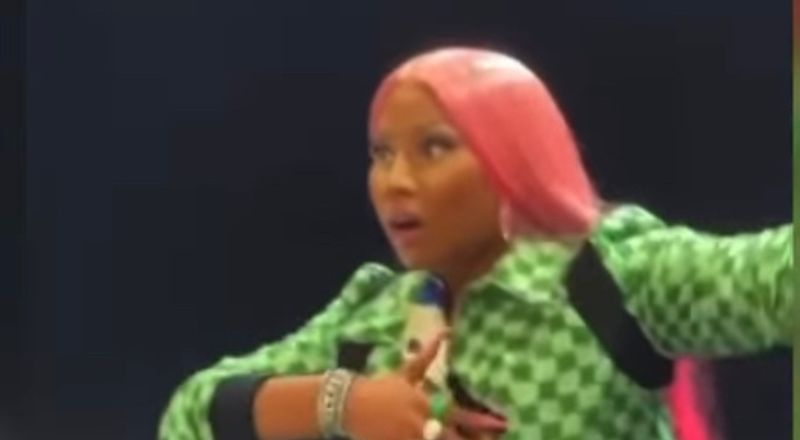 Nicki Minaj performed at the Young Money Reunion alongside Lil Wayne and Drake in Toronto, Canada on August 6th. Her set consisted of mega hits including the resurrection of her alter ego Roman. Nicki began shaking on stage as the personality of Roman took over. Fans screamed as Nicki’s body began shaking with her eyes rolling to the back of her head. Roman is a personality Nicki created early in her career, she’s known to change her voice whenever Roman makes an appearance.

Nicki Minaj has often been crowned the Queen of female rap. In addition, Nicki Minaj is an icon in the music world. Her successful career spans over a decade, with no signs of slowing down. Nicki is famously known for her skillful and provocative lyrics in addition to her colorful and bold style. Throughout her music journey she’s accomplished so much including American Music Awards, BET Awards and multiple roles in film. Recently she took to Twitter announcing her #NickiDocumentary, giving a more in depth look at her life.

Nicki Minaj always brings an experience anytime she’s on the stage. The Young Money Reunion show gave fans a chance to admire the legend and her music. Roman who first made an appearance in 2010, on Ludacris’ single, “My Chick Bad,” showed fans another side of Nicki. As of late, Nicki has not used Roman for any singles, her possibly resurrecting him during the show gave fans hope for a possible feature soon.

More in Hip Hop News
Megan Thee Stallion owns Twitter after “P-Valley” appearance; Fans say Tina Snow was in the Pynk #PValley
Summer Walker does a pregnant twerk to show the fans she’s still got it