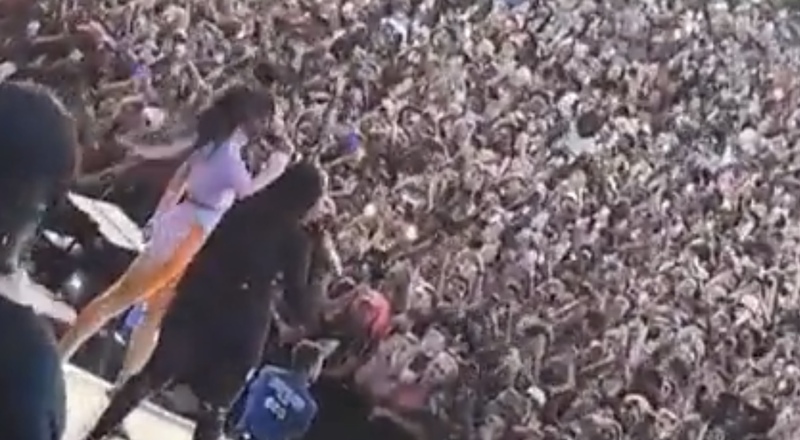 The Wireless Festival is in its second weekend, as it’s been spread out, over England. Performances have been held in London, as well as Birmingham. Headliners have been A$AP Rocky, J. Cole, Tyler, The Creator, Nicki Minaj, and more.

On Sunday, Nicki performed, to close out Wireless Festival. This was a highly anticipated performance, as Nicki remains one of the biggest stars in the world.

During Nicki’s set, she also went on to bring out BIA, who’s been a breakout rapper, since last year. Nicki and BIA performed the “Whole Lotta Money” remix, which Nicki is featured on. This collaboration was released last summer. BIA initially released the original since back in December 2020. Whole Lotta Money has since gone platinum, in the US.

Nicki has released plenty of hot singles, in 2022. These include “Do We Have A Problem” and “Bussin,” both of which featured Lil Baby. Nicki also put out “We Go Up,” featuring Fivio Foreign. BIA also scored another big hit in 2022, as her “London” single featuring J. Cole has been a major collab.

More in Hip Hop News
Five people were shot at Coney Island, including one person critically injured
Woman gets snatched by her hair trying to get to Nicki Minaj’s concert [VIDEO]