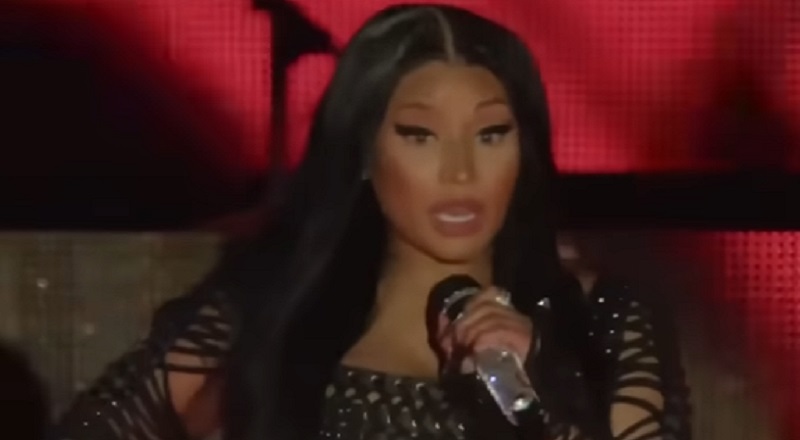 Nicki Minaj and Cardi B having beef is one of the most disappointing things in hip hop. Until 2016, Nicki Minaj had an almost exclusive run on top of the game, as a female rapper. In 2017, Cardi B made the transition from reality TV star to the biggest name in music. Despite Nicki and Cardi doing a song together, the ladies soon had beef.

Nicki Minaj has made countless hit records. At the same time, Cardi B has also made numerous hit singles. There are some who are trying to say Nicki is the past and Cardi is the future. Meanwhile, others say Nicki is the legend and Cardi is just a sensation. However, the majority of the people believe there is enough room for Nicki and Cardi.

Nicki Minaj reached a new career milestone, when “Super Freaky Girl” topped Billboard Hot 100. Through her career, Nicki had everything but a Billboard Hot 100 number one hit. Once she reached that milestone, she went in for the official remix. With the remix, Nicki wanted to unite the rising ladies in the game. As a result, she added JT from City Girls, Katie Got Bandz, BIA, and Akbar V. This morning, Akbar V dissed Cardi B, which led to their beef. Now, Nicki has jumped in to defend Akbar V. That said, Nicki subliminally called Cardi ugly on Twitter. After that, Cardi came back and subliminally mentioned Nicki’s arms.

More in Hip Hop News
Yung Miami confirms that she and Diddy are still dating, but do see other people
21 Savage says he’ll never perform at Rolling Loud again, after he wasn’t allowed to perform in New York, due to reportedly being late