Home » Hip Hop News » Nicki Minaj checks all the fans who came for her, dragging her on Twitter for taking pics with an alleged rapist, telling them that it isn’t even the same guy [PHOTO] 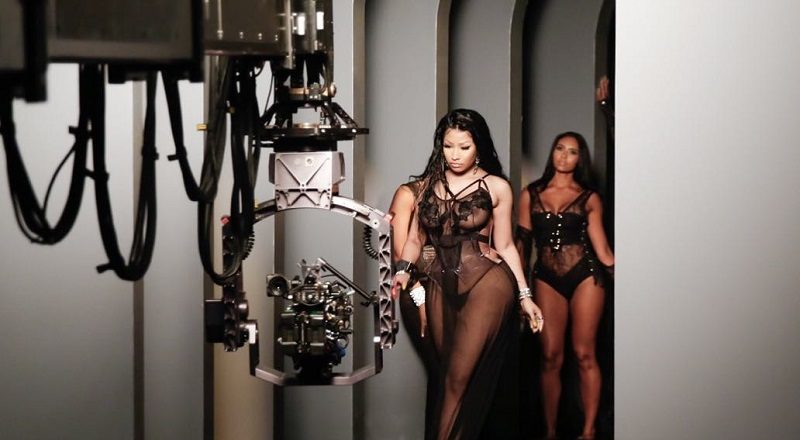 Drag culture is really what’s in, right now, especially where the OGs are concerned. As much as some people really don’t want to hear it, Nicki Minaj is now considered an OG. No rapper has dominated the 2010s like her, except for Drake.

Nicki Minaj has an endless stream of hit records, even coming through with big records, this year. She also reunited with Lil Wayne and Tyga, which seemed impossible, at one point. But, since Cardi B emerged, fans have been looking for more reasons to turn on Nicki.

Because of the controversy with her brother, Nicki Minaj faces backlash for her support of him. Then, she’s been sharing photos of a man that fans believe is also a child rapist. Over the weekend, they had fun going in on Nicki, but she let them know the joke was on them, as it is a different guy that she’s hugged up with.

More in Hip Hop News
Yung Miami confirms she and Southside are dating and that he’s also her baby daddy, commenting “mines” with heart emoji under his IG pic [PHOTO]
Meek Mill talks Drake beef, says “Back 2 Back” began playing, when he was on a double date with Nicki Minaj and Jay-Z and Beyonce #TIDALXCRWN [VIDEO]