Home » Hip Hop News » Nicki Minaj continues beef with Cardi B, saying her lawyer called her agent, threatening him, due to Nicki “putting out the receipts” [PHOTO] 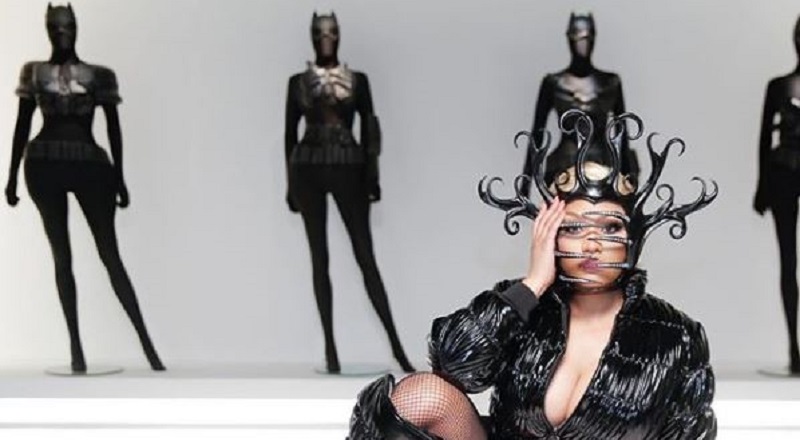 For a solid year, Nicki Minaj and Cardi B played nice with each other. It was all good, early on, when Cardi B built momentum with her breakout single, “Bodak Yellow.” During that span of time, not only did Nicki Minaj show Cardi B love, she also hinted at getting on the remix.

It turned out, Cardi B didn’t need a big feature, or a remix, as the song would top Billboard. Since then, the media has tried pitting the ladies against each other. This would work better than anyone could imagine, despite the two collaborating.

Nicki Minaj and Cardi B got back into it, over the weekend, due to new claims by Hennessy, Cardi’s sister. Hennessy and Rah Ali, Nicki’s friend and Remy Ma’s ex-bestie, ended up beefing. This afternoon, Nicki got on Queen Radio and set it off, now revealing Cardi’s lawyer is sending threats, due to the show.

More in Hip Hop News
OOP! The CEO of Wilhelmina Calls Cardi B Out For Lying; Says The Diesel Deal Was Built Around Nicki Minaj; Nicki Responds By Saying Fashion Nova Has Been Offering Her The Deal Cardi Has For Over A Year
Jhonni Blaze talks about her traumatic youth, drug use, human trafficking, and more on #TheBreakfastClub [VIDEO]