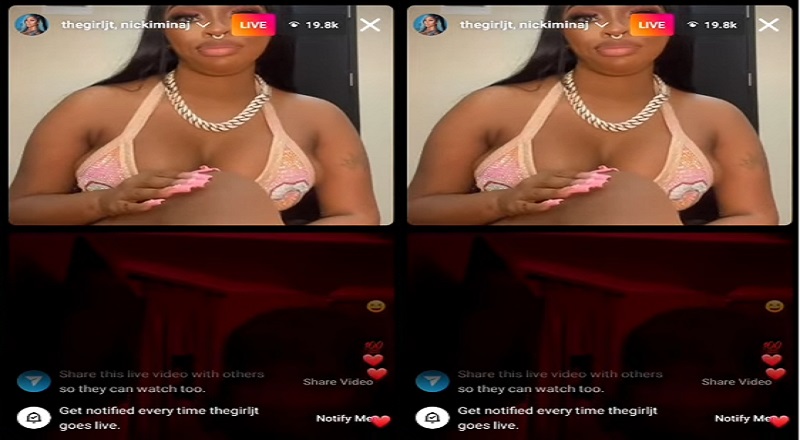 Nicki Minaj has JT recite her Nicki diss track to her

Nicki Minaj has seen an increasingly growing field of fellow female rappers rising to prominence. Unfortunately, her once warm relationship with Cardi B ended up becoming a bitter feud. As a result, there are fan bases torn between two talented women who are making history.

Nicki Minaj recently made history with her “Super Freaky Girl” single. The record became the first from a female rapper to debut number one on Billboard Hot 100. In addition, “Super Freaky Girl” became Nicki Minaj’s first single to ever reach number one on Billboard’s singles chart. After that, Nicki did the official remix, adding the likes of JT, BIA, Akbar V, and Katie Got Bandz to hop on the remix.

Nicki Minaj adding JT to the “Super Freaky Girl” remix has had people talking. Fans brought up JT dissing Nicki long before City Girls were famous. Several times, Nicki and JT have both said that is not an issue for them. However, people want to talk about something. As a result, Nicki Minaj and JT shared an IG Live, where they discussed this. During the Live, Nicki Minaj actually had JT perform the lyrics of the old diss track, and explain the lyrics.

Nicki Minaj has JT recite her Nicki diss track to her

LMAOO! @NICKIMINAJ has @ThegirlJT recite the diss track she made against her on Instagram Live 😭 pic.twitter.com/GPzOZOSs70