Home » Articles » Nicki Minaj Is Spilling All The Tea On #QueenRadio Today! Says Rah Ali Caused The Knot On Cardi B’s Head and Offers $100K To Anyone With Footage 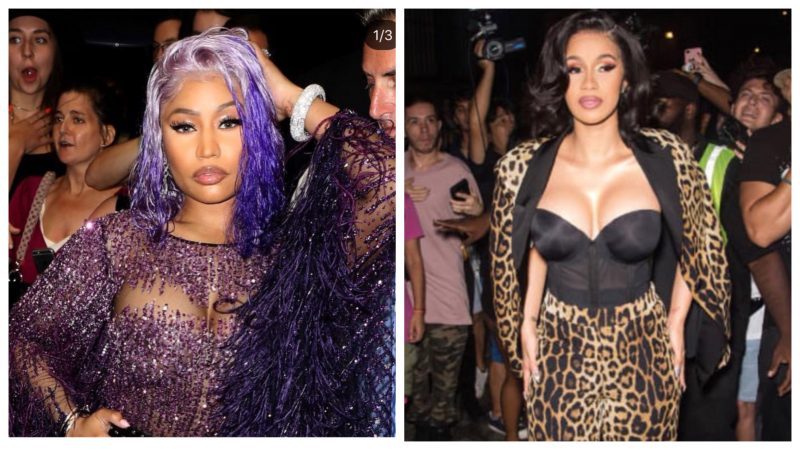 Nicki Minaj poured more than tea on her episode of Queen Radio today, sis poured some shots of Hennessy too.

Nicki took time to address things that Cardi B and her sister, Hennessy, have been saying on social media the last few days. The sisters claimed that Nicki was a crackhead and they accused her of leaking Cardi’s number to her fans, which in turn caused fans to send death threats to Baby Kulture. Hennessy made comments about Cardi’s infamous knot and claimed that it was caused by security in the scuffle. Rah Ali said that she caused the knot on Cardi’s head.

Nicki confirmed what Rah said and said that she saw Rah punch Cardi about nine times. She said that Rah was punching Cardi so hard, she could hear each punch. Nicki says that Cardi tried to take the camera from her camera man because she didn’t want that footage out. Nicki offered $100,000 to anyone who could get the footage of Rah punching Cardi. Nicki also said that she has never leaked anyone’s number in her life.

All of this beef seemed to have started with Cardi prevented her husband, Offset, from doing the  “No Flags” video with Nicki. Cardi thought Nicki was dissing her on the song. She also prevented 21 Savage from doing the “Krippy Kush Remix” with Nicki. Nicki also confirmed that Cardi asked her to be on her second single.

Whew. My cup is full.

Listen to snippets of the interview below.

More in Articles
“Love & Hip Hop Hollywood” is going through a major cast shakeup to make it similar to Bravo’s “Housewives” show, focusing on actual couples, and big names, with a smaller supporting cast #LHHH
Ari Goes On IG Live to Say She’s Not Crying Over G Herbo Anymore, After Video Surfaces Of Him and Fabolous’ Step Daughter, Taina, In The Studio Boo’d Up [VIDEO]