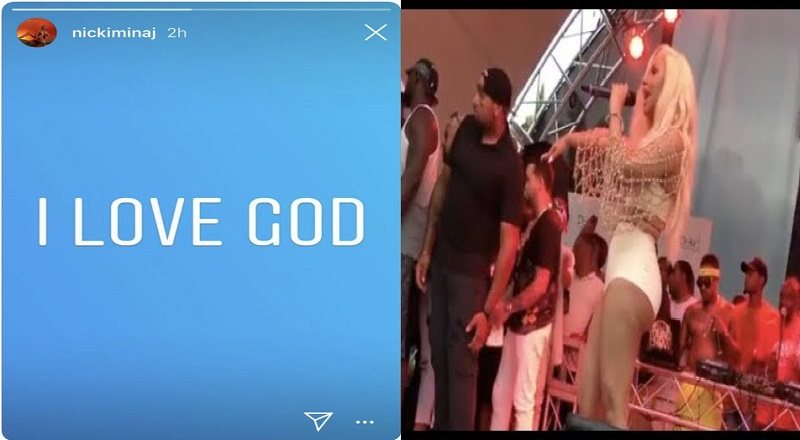 Talk about taking fan wars to the next level! It’s no secret that there is no love lost between Nicki Minaj and Cardi B. There was a time when the two were civil to each other, and also gave a lot of props to each other.

All of that ended, after Nicki Minaj did her Queen Radio episodes, where Cardi B became a topic. The next time the two met, Cardi B actually tried to fight Nicki Minaj. Since then, the two have publicly expressed dislike for each other, and the fans have joined in.

This morning, Nicki Minaj simply posted “I Love God,” on her IG Story, being thankful. A post like that normally doesn’t generate too much controversy. However, Nicki Minaj ended up catching it from Cardi B’s fans, the Bardi Gang, as they went in on her with Safaree and Meek Mill, along with much more.

See the Bardi Gang’s comments to Nicki Minaj below: