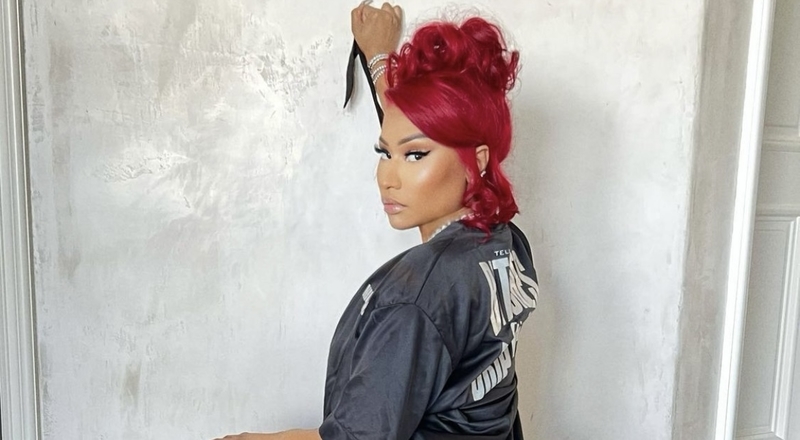 Many artists are showing Fivio a lot of love on social media, including Nicki Minaj. A few weeks ago Fivio appeared on Nicki’s new “We Go Up” single. Nicki praised Fivio’s debut album, in her Instagram stories.

“This fivio foreign album rlly hittin the mthafkn spot. Sooooo SOLID. Sonically authentic & well thought out. Cohesive body of work with a signature sound that is very true to where he’s from. Kayccy is [flame emoji] on both of his osngs. chloe bodied her verse. Loved coi too @fivioforeign_8fs.”

Nicki Minaj has also been extremely consistent with her music releases in 2022. In addition to the We Go Up single with Fivio, she put out two singles with Lil Baby in February, in back to back weeks. These were “Do We Have A Problem?” and “Bussin.”

More in Hip Hop News
T.I. gets booed during his Brooklyn standup comedy show [VIDEO]
Comedian Lauren Knight and T.I. have reportedly squashed their beef, but Knight is still getting death threats from T.I. fans