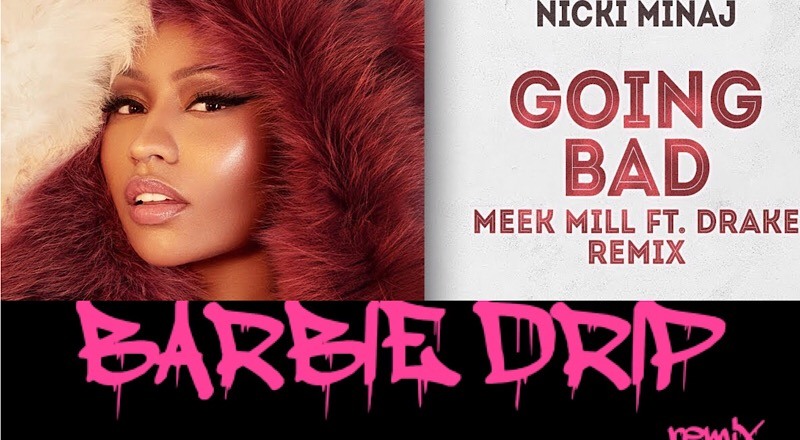 Yesterday (February 2nd), Nicki Minaj returned her broadcast Queen Radio to the Apple Beats 1 platform with a few surprises up her sleeve. Nicki chops it up with Big Draco Soulja Boy and media outlet The Neighborhood Talk’s Kyle in the studio. In the midst of conversation Nicki announces that she’s in a good space mentally, physically, emotionally and spiritually as she goes on to say that she’s pregnant. Shortly after the announcement, the Queen makes sure to say she’s just playing after stunning the show with the pregnancy comment! The Queens femcee also took to her social media to assure fans that new music was coming with the arrival of Queen Radio in 2019.

Although fans were thinking more on the lines of new original tracks from Nicki, they were still pleasantly surprised when she dropped freestyle remixes to two songs that have been dominating playlists all over for the past few weeks.

The ‘Queen’ rhymer put her own Barbie spin on Lil’ Baby and Gunna’s “Drip Too Hard” with “Barbie Drip” to then turned around and remix Meek Mill and Drake’s “Going Bad.”

On her ex’s single “Going Bad,” Nicki kicks it off with a cadence mimicking Drizzy’s flow on the track. She raps about her bae Kenneth Petty and the name tat he got, surpassing Aretha Franklin’s Hot 100, and even took some subliminal (not-so subliminal) shots at Cardi B.

Nicki references Drake which means she may have dissed Drake for the second time following up on her recent “Hard White” music video as she’s seen destroying a scorpion on screen… She even mentions Meek’s court case on his own record!

“I was in the court, no Jays and Beys / Made a change of mind in the judge chambers, sleaze,” she raps.

Despite the reference to Beyoncé and JAY-Z, Nicki makes it clear that she is not dissing the Carters. She goes on to say:

“I’m just stating facts, not disrespecting them,” she said. “I love them. They’ve done more than enough for me.”

For her debuted “Barbie Drip” where she spits bars over Lil Baby and Gunna’s “Drip Too Hard,” she raps:

Cocky Nicki from back in the day is back and hasn’t come to play. She confirms her fifth studio album is complete and wants her label to release her first single soon! Nicki is in her bag as she says she has more freestyles in the vault so keep an eye out as the rap queen has come to reign supreme…

More in Hip Hop News
The Game Is Preparing To Expose The Industry – “They Are Not Who They Say They Are”
Jussie Smollett Makes His First Public Appearance Following Attack “I had to be here tonight. I couldn’t let these motherf*****s win.”