Home » Hip Hop News » Nicki Minaj says she originally pulled her verse from the upcoming Coi Leray “Blick Blick” collaboration, after Benzino announced it early, but soon had a private conversation with Coi 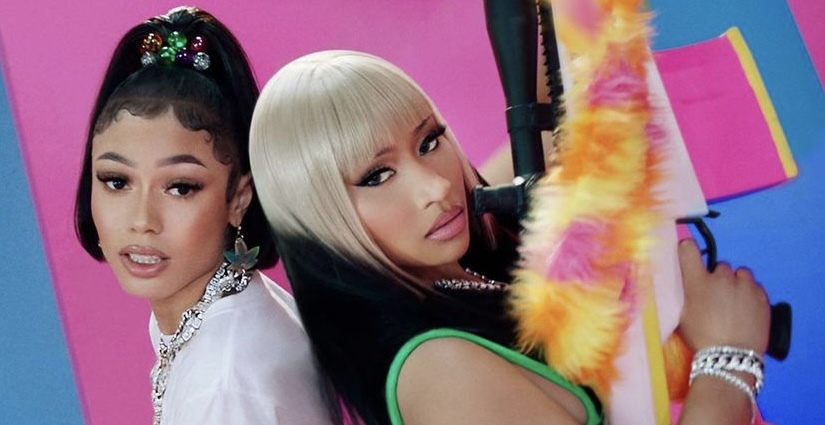 Today, Coi Leray and Nicki Minaj dropped a huge announcement, as the two have a new collaboration coming on March 18. Nicki will be featured on Coi’s new “Blick Blick” single. This record was revealed earlier this morning.

This was a surprising announcement, as Nicki recently said that she doesn’t have any collaborations with anyone coming. That came after Coi’s father, Benzino, had prematurely announced that Coi has a song with Nicki in the stash.

Once this official announcement was made today, fans of both Coi and Nicki rejoiced. A fan on Twitter also asked Nicki if her verse was originally pulled, and Nicki confirmed that it was. She later revealed that she went on to have a private conversation with Coi, and the collab was then back on.

“I did pull it. 🎀 but the label hit me going hard. But rlly I had a private convo w|coi & that’s what changed my mind. Not the label. I just felt bad that she was robbed of telling the world in her own way @ her own time. But that’s water under the bridge now. Good vibes all 2022.”

Thankfully, Nicki and Coi are finally releasing this record together. They remain two of the biggest artists in the industry, as Coi became one of 2021’s breakout stars.

More in Hip Hop News
Lil Baby hints at new album coming this summer, and wants to release a new music video, every few weeks, until then
Katt Williams’ weekend comedy show was cut short due to alleged bomb threat