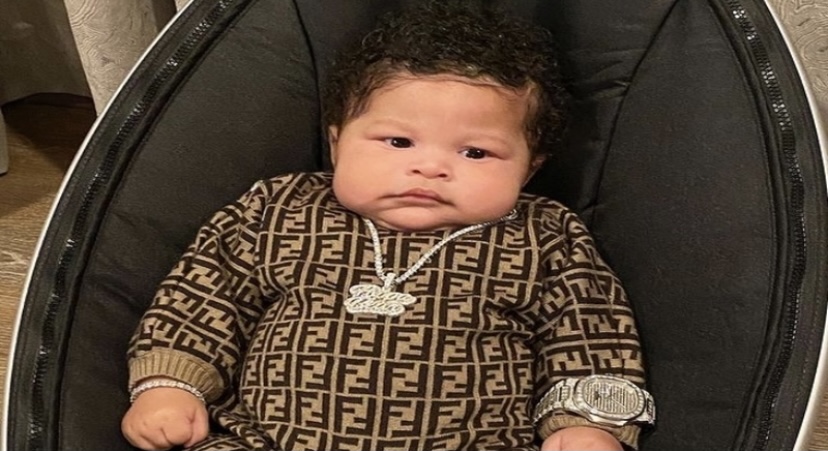 Nicki Minaj had her first child back at the end of September with her husband, Kenneth Petty. Photos of the child remained unknown but now, she is taking to social media to show off her son.

The child definitely has the drop as Nicki put him in Fendi, Gucci, and Burberry, and more. She also put an iced out watch and chain on him.

Nicki also officially got married to Petty at the end of 2019. Petty went on to have some issues last March though as he was arrested for failing to register as a sex offender in the state of California. The initial incident occurred in November 2019.

Nicki also went on to put be part of a huge record in November. This was Mike Will Made-It’s “What That Speed Bout?!” which also included NBA Youngboy.

Check out the new photos of Nicki’s son from her Instagram feed below.

Continue Reading
You may also like...
Related Topics:nicki minaj

More in Hip Hop News
Playboi Carti’s ‘Whole Lotta Red’ Album To Officially Debut at No. 1 on Billboard 200 Chart
Ceaser, from #BlackInkCrew’s daughter, @cheyycoolie._, accuses him of beating her, stomping her out, and then shared a sextape of him and his girlfriend, Suzette, in IG rant [PHOTOS/VIDEOS]