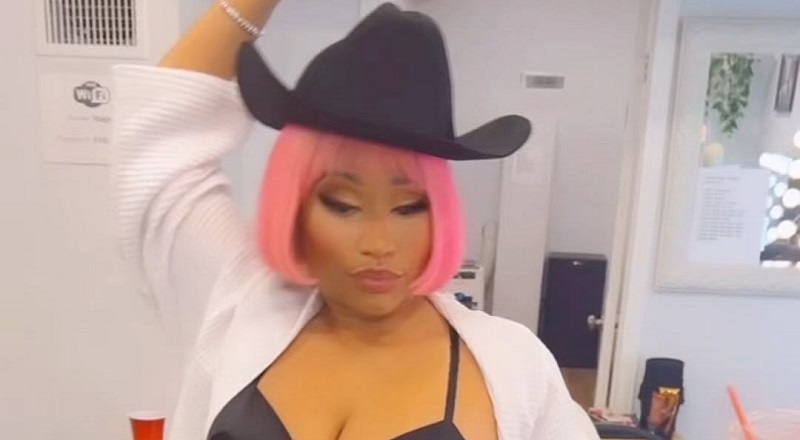 Nicki Minaj is arguably the most accomplished female rapper of all time. Having a twelve year run is unheard of for most female emcees. Not only has Nicki Minaj scored hit singles, but she has also released four studio albums. At the VMAs, Nicki Minaj was honored with the Video Vanguard, but also won awards with “Super Freaky Girl.”

Nicki Minaj has returned to the spotlight and took over the game. A few weeks ago, Nicki Minaj teased her single, “Super Freaky Girl.” The song samples Rick James’ “Superfreak” classic. However, Nicki Minaj put her own spin on the record. When the song came out, Nicki Minaj experienced immediate success. Courtesy of her Barbz, Nicki Minaj debuted at number one on Billboard Hot 100.

Nicki Minaj is coming off a huge weekend, where her entire career was honored. In addition, Nicki Minaj honored all of the people who helped her become a major success. During her Video Vanguard acceptance speech, Nicki Minaj thanked Kanye West for helping her, early in her career. After that, Nicki went back to promoting her current work. Recently, Nicki took to her IG Story, where she said that she is releasing the “Super Freaky Girl” visuals in the very near future.