Home » Hip Hop News » Nikki made her return to #LHHH, last night, and Twitter was shook looking at her body, with the balloon booty, skinny legs, and her trying to walk in those heels 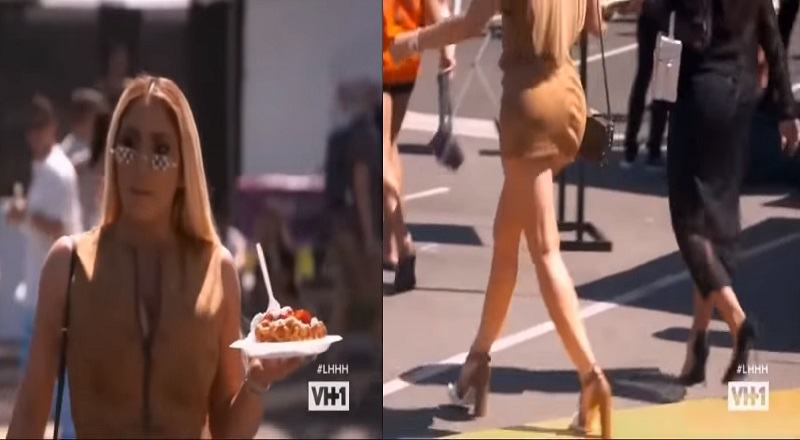 Aside from the Nia Riley return, Ms. Nikkii Baby was back for last night’s episode of “Love & Hip Hop Hollywood.” After Teairra Mari’s fight with Zell Swag, Nikki gave her a place to stay. This put Nikki in unfamiliar territory, on friendly terms with Moniece.

Nikki didn’t have much of a role, last night, apparently only being on to support Jason Lee hosting the iHeart event. She was an ear, one of several, as Moniece vented about Fizz and Apryl. This was odd, seeing her supporting Moniece, as the two were rivals when Nikki dated Fizz.

None of that is what fans were talking about, when Nikki showed up on last night’s episode, however. Instead, what they were talking about was how different Nikki looked. Her plastic surgery was always a topic of discussion, but many fans pointed out how Nikki looked like a literal life-sized Barbie Doll, and that wasn’t necessarily a good thing, as fans were going in on her legs and booty.

Read the tweets about Nikki’s body below: