Home » Hip Hop News » NLE Choppa’s Ex-Girlfriend Marissa Da’Nae, says she “loves hard,” after crying over recent NLE breakup, due to him saying he can’t resist cheating on her, because he’s only 19 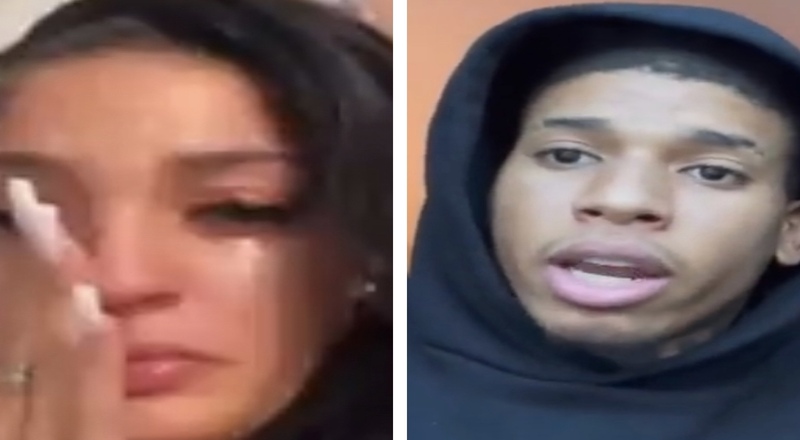 NLE Choppa is one of Memphis’s hottest rappers, over the past two years. He’s only 19-years-old, but trends on social media more, for his conspiracy theories, as opposed to his music.

Over the past 24 hours, NLE has also been trending, due to breaking up with his 26-year-old girlfriend, Marissa Da’Nae. He posted a video explaining why, as he said he’s so young, and admitted that Marissa would not be the only woman he’d be with.

“I don’t see myself at this time period with me being 19 years old, with me having not experienced my twenties and all this stuff, I do not see me being just loyal to you.”

After NLE’s comments, Marissa posted a video, which went viral. She was visibly emotional, as she was crying heavily, about the breakup. Now, she has penned a lengthy video to her Instagram account, thanking everyone for their support and checking on her. Marissa also explained how she “loves hard,” and is dealing with a “new pain.”

Check out NLE Choppa explaining how he can’t be with one woman, Marissa Da’Nae getting emotional about this, and her explaining why, below.

NLE Choppa says he broke up with his girl because he couldn’t cheat in peace 🤷‍♂️ pic.twitter.com/RK5UPx792G