Home » Articles » No NBA … #NBATwitter is heated, because there’s no Rockets/Warriors or Celtics/Cavaliers, tonight, but the ladies of Twitter are celebrating no NBA for TWO DAYS 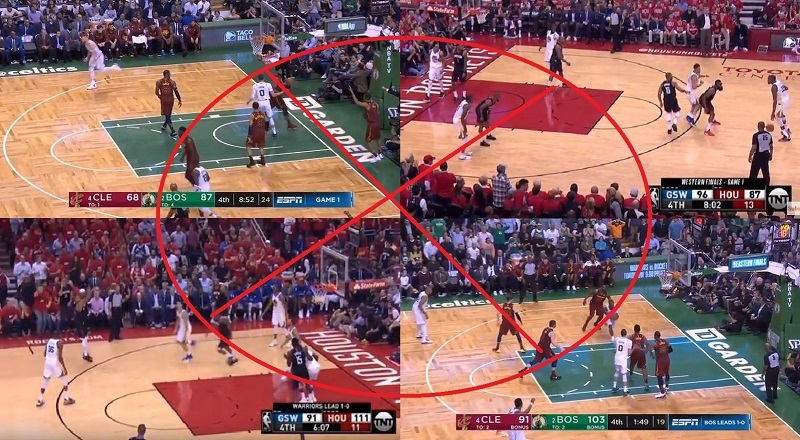 The players needed the break, for sure, but what about the people? It feels like something’s wrong with the world, right now. But, heck, regardless of who wins the title, it’s not like they’re trying to go meet the president, anyway, LOL.

These 2018 NBA Playoffs have been among the most-entertaining in years. For the first time in his career, LeBron James faced elimination in the first round. An emerging Victor Oladipo led the Pacers to a surprisingly competitive series.

Another success story was the Philadelphia 76ers emerging from six years in the wilderness. The team’s leader, Ben Simmons, is coming of age, but this year wasn’t it. He’s got JJ Redick, Marco Belinelli, and Joel Embiid, the team’s other leader, backing him up.

Out West, the OKC Thunder’s “Big 3,” Russell Westbrook, Carmelo Anthony, and Paul George, flopped. The pressure was intense from the Utah Jazz, and they put fear into James Harden and Chris Paul’s league-leading Houston Rockets. In Portland, Damian Lillard’s Blazers faced a similarly disappointing season, but worse, as they couldn’t even get a win against Anthony Davis’ New Orleans Pelicans.

All season long, the San Antonio Spurs struggled, but they gave Coach Pop (Gregg Popovich) a win against the dominant Warriors, after his wife died. Golden State, led by Steph Curry, Kevin Durant, Klay Thompson, and Draymond Green, have performed as expected, this postseason. But, the Toronto Raptors continue to be not ready for the playoffs, as DeMar DeRozan and Kyle Lowry are only getting older, as the Wizards pushed them, before the Cavs swept them.

The one team everybody has underestimated is the Boston Celtics, as the Bucks gave them a strong first round run, making it clear that they were empty without Kyrie Irving and Gordon Hayward. But, Al Horford was enough to hold them down and then Jaylen Brown and Jayson Tatum grew up fast in that Philly series, enough to have the Cavs in a 0-2 hole.

Tonight, the HHV team really thought a game would be on, and so did Twitter, but there’s not, so they’re going in, making “No NBA” trend tonight.