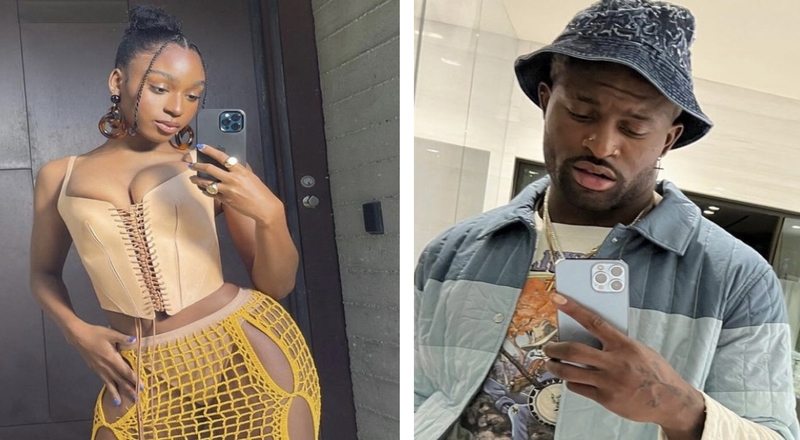 Back in March, Normani released her first single of 2022, “Fair. This was Normani’s first single since last summer, with the huge success of “Wild Side,” with Cardi B. Fans continue to wait on Normani’s long-awaited debut studio album, though.

In the meantime, it seems that Normani may be testing the dating scene. The singer was recently spotted leaving dinner, on Sunday night, with DJ Metcalf, who is a star Wide Receiver, on the NFL’s Seattle Seahawks. It’s unclear which restaurant that Normani and DJ went to, but Normani’s facial expressions after, point to her being surprised that people noticed her with DK.

In 2021, DK had 75 catches, for 967 yards, and 12 touchdowns. DK had this solid season, despite the Seahawks struggling, and Russell Wilson being injured. Seattle finished with a 7-10 record.

Normani initially turned into a star, back in 2019. Her “Motivation” single was a massive hit, as it peaked at number 33 on the Billboard Hot 100 chart, and is platinum in the US. Normani split from the group Fifth Harmony, which also included Camilla Cabello, Lauren Jauregui, Ally Brooke, and Dinah Jane.

Check out the photos of Normani and DJ Metcalf in Santa Monica together, on Monday night, below.

More in Hip Hop News
Charlotte Hornets’ Montrezl Harrell charged with felony drug trafficking, after being found with three pounds of weed, in vacuum-sealed bags, during May traffic stop; Could face up to five years in prison
Stephen Curry wears “Ayesha Curry can cook” t-shirt in postgame conference