Home » Hip Hop News » Normani tells fan on Twitter to “shut the f*ck up,” after they said Normani has gotten comfortable and isn’t hungry anymore, to release more music 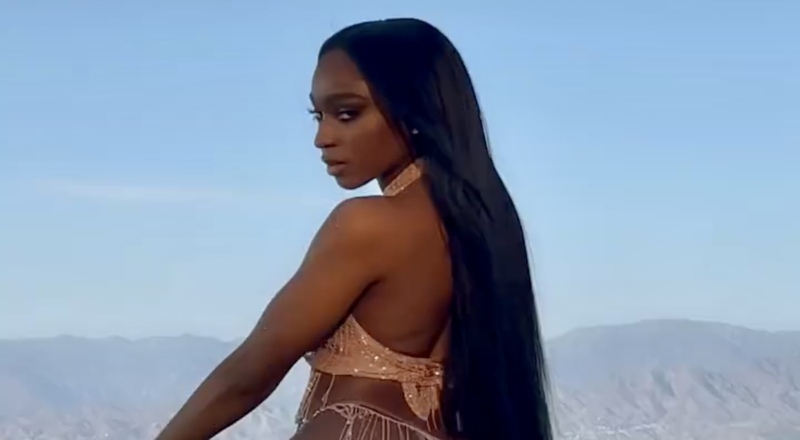 Normani tells fan to shut the f*ck up on Twitter

Normani has been one of pop’s biggest stars, ever since she became a solo artist, in 2019. At the time, she split from the group Fifth Harmony. Normani soon saw massive success with her 2019 breakout debut solo single, “Motivation.” That peaked at number 33 on the Billboard Hot 100 chart, and is platinum in the US.

Normani’s first single of 2022 came back in March, with “Fair.” This was her first release since the success of her “Wild Side” single with Cardi B, last summer. Now, fans are criticizing her for believing that she doesn’t have motivation to consistently release new music, as this is also due to her still not having released her debut album yet.

On Tuesday, a user on Twitter said that Normani has gotten comfotable, and that she isn’t hungry as an artist anymore. This soon earned a reply from Normani, as she said “Just shut the f*ck up.”

Last week, Normani was featured on Calvin Harris’ new album, “Funk Wav Bounces Vol. 2.” This was on the song “New To You,” as it also featured Tinashe and Offset.

Normani tells fan to shut the f*ck up on Twitter

Continue Reading
You may also like...
Related Topics:featured, normani

More in Hip Hop News
Marshawn Lynch arrested in Las Vegas, for DUI
Kelis checks a fan who came for her over Beyonce, when she was posting about her snatched waist