Home » Articles » Nothing For Rudolph Trending After Fans Call Out The NFL For Suspending Myles Garrett, But Not Mason Rudolph After He Started The Fight, Citing White Privilege And Racism As A Shield For Rudolph 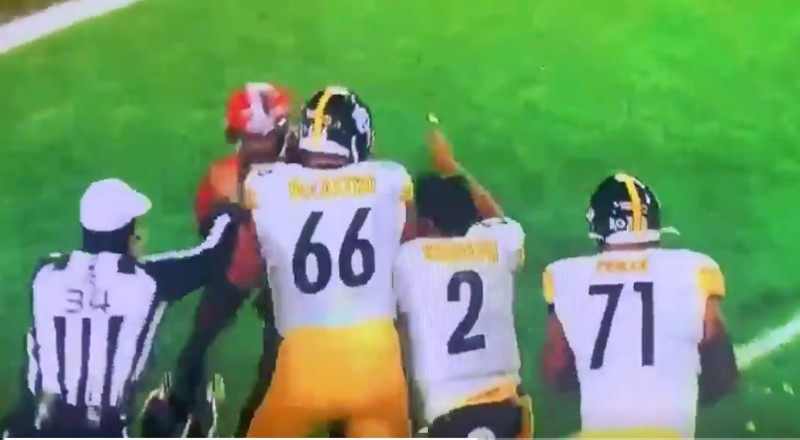 After the NFL handed down it’s suspensions for the debacle last night at the end of game, many fans, critics, and social media users got into an outrage when they noticed that the person who initiated the entire thing did receive any suspension. While Garrett, Pouncey, and Ogunjobi, who are all black players, got suspended without pay, the only white player involved, Mason Rudolph, didn’t receive suspension at all.

Now fans are claiming racism and white privilege as part of the reason why Rudolph didn’t lose anything. Many users on social media have been digging up certain racial and  anti-Kaepernick rhetoric from Mason Rudolph, claiming that his boy next door looks and whiteness makes it easy for the NFL not to suspend him.

More in Articles
Myles Garrett Suspended Indefinitely For The Rest Of The NFL Season And Postseason After Hitting Steelers Quarterback In The Head #Browns
Sara Molina, 6ix9ine’s ex-girlfriend, is dating Cardi B’s ex, Tommy? Cardi’s #LHHNY prison lover professes his love for Sara in her IG comments, dropping heart eyes emojis, and she claimed him [PHOTO]