Home » Hip Hop News » Nya Lee and Sidney Starr… That Escalated Quickly; LHHNY fans loved Nya’s “get a plate” clap back to Sidney’s “I’m hungry” comment and question if a fight with them would be considered a girl fight or man hitting a woman #LHHNY [PHOTOS] 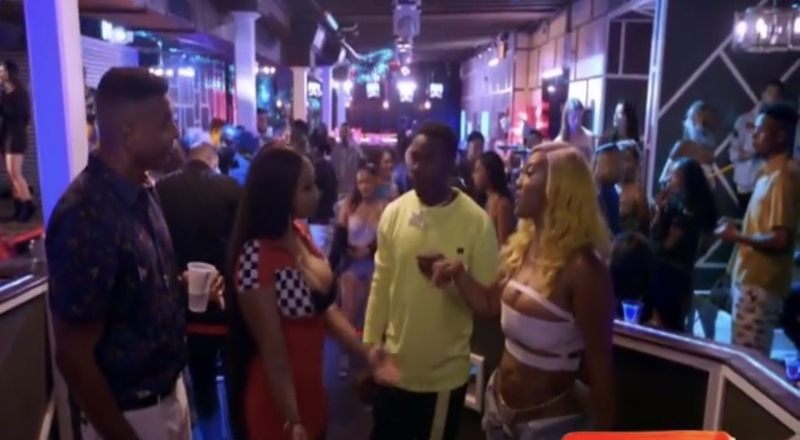 Nya lee is back this season, and she has some new music.

You may remember Nya lee from the other season of Love and Hip Hop New York, or even from her recent feud with former LHH star, Cardi B.  She is a former stripper turned rapper, and has been trying to make music moves ever since.

During tonight’s episode, Nya Lee and Sidney Starr met one another for the first time. While things started off smooth it sure did escalate quickly. Nya lee and Rich Dollaz were having a convo in the club, and once Sidney Starr walks in the room things went left. Nya lee asks who is this? Referring to Sidney Starr, and Sidney claps back saying “I was actually famous before you. Twitter fans react with hilarious scene asking, “How will this actually go”, “Will this be considered a girl fight or a man hitting a woman.

Read what twitter has to say about Nya lee and Sidney Starr here:

More in Hip Hop News
Anais is struggling with her music and fans appreciate her being honest about that, but #LHHNY fans still clowned her wigs, and said they didn’t realize she and Ruben were still married + Ruben called her Joseline 2.0?
Yandy and Juju Have A Conversation About Their Friendship (FULL VIDEO) #LHHNY [VIDEO]