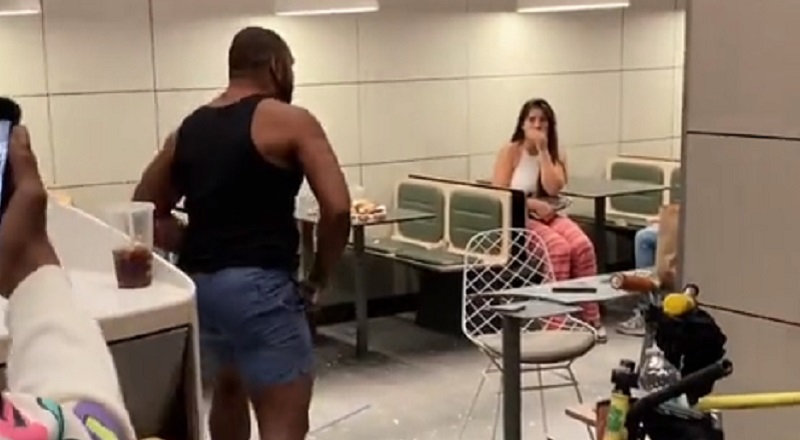 This morning, a video went viral of a man that was being grabbed on by several men. Clearly, the man had some issues going on. As a result, the men were holding him down. Apparently, one person already had an altercation with the man, as he hit him a few times.

While all of this is going on, all of the people are in a public restaurant. As the other people are eating, these group of people were holding the man in the photo above. After holding onto the man, he broke free, and then he scared everyone in the establishment.

What led to this altercation is not known. However, the video of the aftermath has dominated the internet all day. First of all, it is clear the man in the video is going through some kind of mental illness. Second, it is obvious that the guys, aside from the one who punched the man, were not trying to hurt him. However, after being constrained by the men, once the guy broke loose, he pulled out his hatchet. After that, he began breaking the restaurant walls, which led to the customers being frightened.

Another day in nyc pic.twitter.com/OCOPIkIzuO