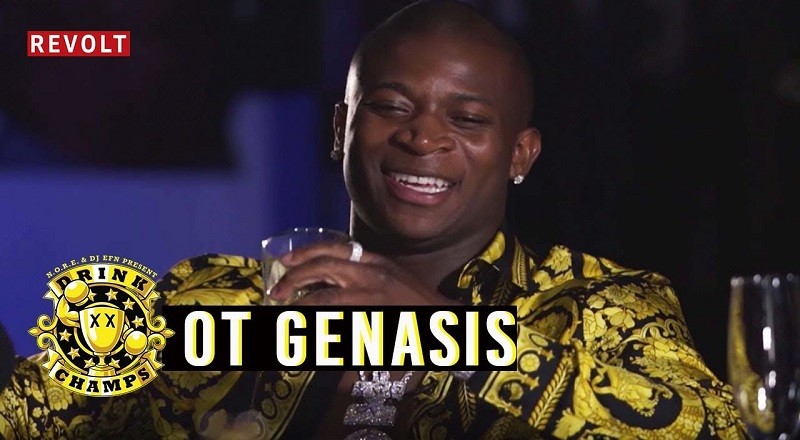 At the end of 2014, O.T. Genasis took over the game. He had his hit single, “Coco,” which dominated the radio. When the spring of 2015 hit, he had the single, “Cut It,” drop, which became another hit. Since then, he hasn’t made much noise with the music.

Instead, O.T. Genasis began dating Malika Haqq, best-known as the best friend of Khloe Kardashian. However, watch “The Parkers,” and there is Malika there, before the Kardashians were a thing. Then, think back to the rapper, Genasis, with G-Unit, and O.T. will be found.

O.T. Genasis is the latest rapper to do “Drink Champs,” with N.O.R.E. and DJ EFN. The conversation was about his start in the music industry and his first few singles to drop. From there, he discussed his work with DJ Drama, and much more.