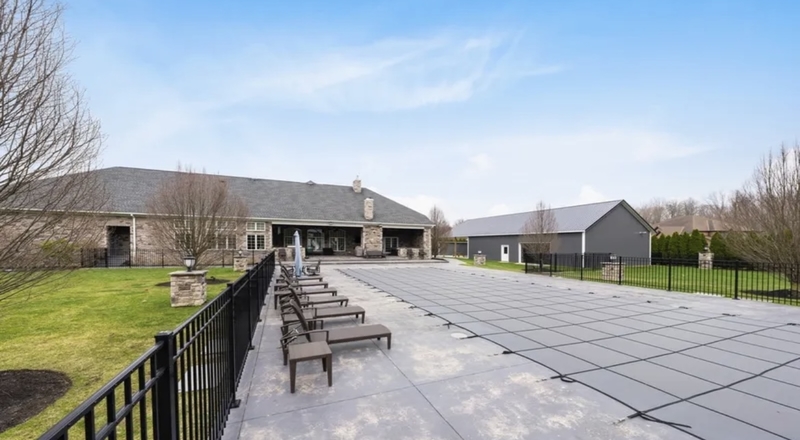 This past NFL season star NFL Wide Receiver Odell Beckham Jr finally won a Super Bowl. This was done while as a member of the Los Angeles Rams. In The Super Bowl vs the Cincinnati Bengals though, Beckham suffered a torn ACL. As of now, Beckham is still a free agent, and waiting to be re-signed to the Rams, or go to a new team.

A few months ago, Beckham also listed his mansion outside of Cleveland, for $3.3 million. This comes a season after signing with the Cleveland Browns. Beckham didn’t have a lot of success in Cleveland, but found a new home with the Rams.

According to TMZ Sports, Beckham has now already found a buyer, for his Cleveland mansion, two days ago. This is 13,800 square feet, and is 20 miles west of Cleveland. Amenities in this home include four bedrooms, seven baths, three-car garage, movie theatre, golf simulator, game room, game streaming room, and more. 2.13 acres of backyard space is also available.

Hopefully, Beckham is able to land with a new team, before the 2022 NFL season arrives. Free agency began back in March, as he still remains unsigned, and is recovering from his torn ACL.

Check out photos of Odell Beckham Jr’s Cleveland home, below.

More in Hip Hop News
Martin Lawrence not interesting in creating “Martin” reboot, but would love to do a spin-off film about Sheneneh character [VIDEO]
Yasmine Lopez admits she was dating Carmelo Anthony when he was married to Lala [VIDEO]