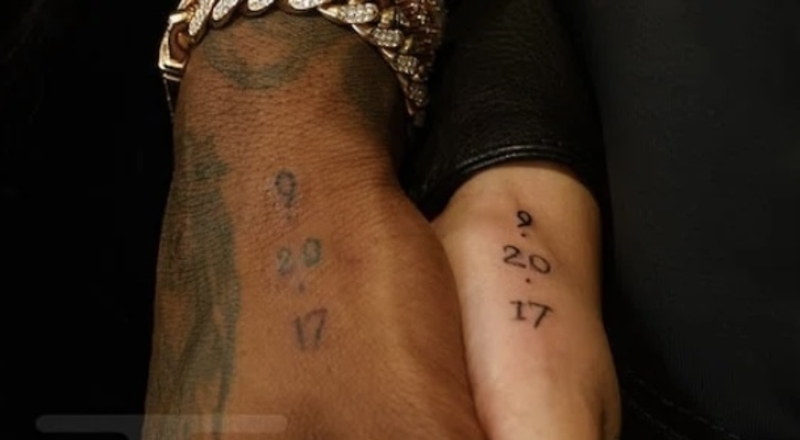 Offset and Cardi B get wedding date tattoos

Cardi B and Offset have been married for almost five years now, and have two children together. The two have definitely overcome plenty of adversity in their relationship as well, such as Offset cheating allegations. The two have gotten through their problems though, and appear to be a happy family, in 2022.

Offset and Cardi even recently decided to get matching tattoos together. According to TMZ, the two were seen at a tattoo parlor in December, getting tattoos. It turns out that these are matching wedding date tattoos. The ink reads the date they got married, which was 9/20/2017.

This tattoo parlor location was also a scene that was shot for Cardi’s “Cardi Tries” reality show. This episode will air on February 11, at 9AM PST, on Instagram, Messenger or Facebook Watch.

Cardi originally wanted to give Offset a tattoo, but then, the Migos rapper decided that he wanted to get a marriage tattoo. Of course, Cardi happily agreed to.

Back in September, Cardi went on to give birth to her and Offset’s second child. The pregnancy was originally announced in June 2021. That same day, Cardi performed at the 2021 BET Awards in Los Angeles, while sporting her baby bump.

Offset and Cardi B get wedding date tattoos

Continue Reading
You may also like...
Related Topics:cardi b, featured, offset