Home » Hip Hop News » Offset and Cardi B show off first public photos of newborn son, Wave Set Cephus, and appear on new Essence cover with all of their children 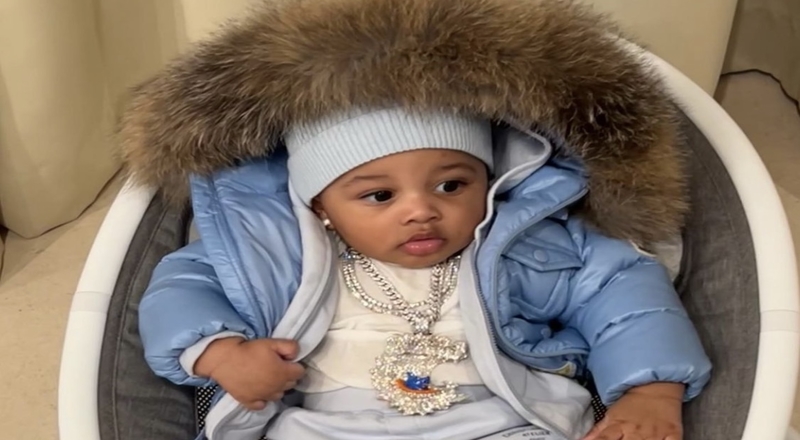 Offset and Cardi B show first public photos of their son

In September, Offset and Cardi B welcomed their second child into the world, which is a baby boy. At the time, they uploaded photos of themselves holding the child at the hospital, but an up close look at his face was unclear.

Now, Cardi and Offset are officially showing their baby boy, as his name his Wave Set Cephus. Set appears to be short for Offset’s stage name, and Cephus is his last name.

Cardi and Offset also revealed today that they are on the May/June cover for Essence. On display, they are seen together, along with their five total children. The three other children are ones that Offset had with different women, before dating and marrying Cardi.

Cardi also returned to Instagram today, to promote Brooklyn drill rapper Kay Flock’s music. She recently appeared in a new music video of this, as he is still incarcerated. Cardi initially took an Instagram and Twitter hiatus, after being angry about fans not liking the fact that she didn’t show up to the 2022 Grammys. Her 2021 “Up” single was nominated for Best Rap Performance.

Offset and Cardi B show first public photos of their son

Continue Reading
You may also like...
Related Topics:cardi b, featured, offset

More in Hip Hop News
Lizzo announces new “Special” album, coming on July 15
DaBaby flirts with Lizzo, says she should have named her album “Lil’ Sexy,” instead of “Special,” but she is special