Home » Hip Hop News » Offset shows off Cardi B’s hand, with her engagement ring, while she’s sleeping, on IG Story, in response to King Yella, and all the cheating rumors [VIDEO] 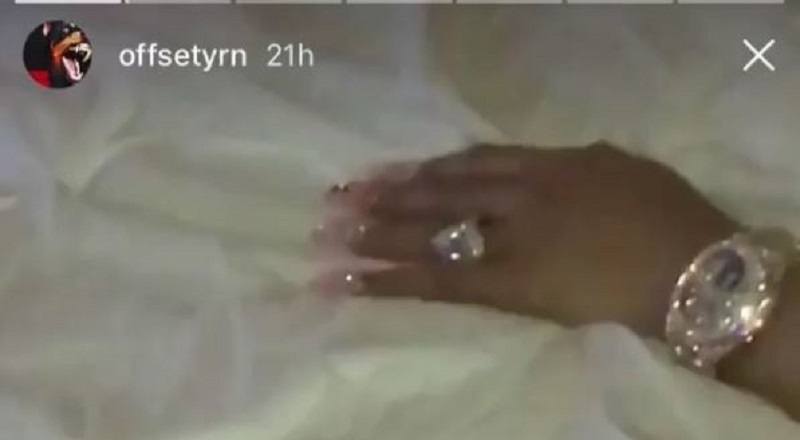 Currently, Offset is one of the most-controversial people, in the game. It was all good for Offset, as he was one of 2017’s most-popular breakout stars. Much of his popularity came from Cardi B, as the two began dating, and got engaged, last year.

However, a sextape leaked of Offset with another woman, from a few months prior, on Christmas. This led to Cardi B telling it how it is, if he ever cheats again, it’s over. Well, another sextape leaked, and it was alleged that Offset starred in it, too.

Since then, Offset has had to content with King Yella, a Chicago rapper, claiming he hooked up with Cardi B. A good way to shut everybody down is doing what Offset did. Offset shared a video of a sleeping Cardi B’s arm, in bed, on Instagram Story, showing off the huge rock he gave her, for their engagement.