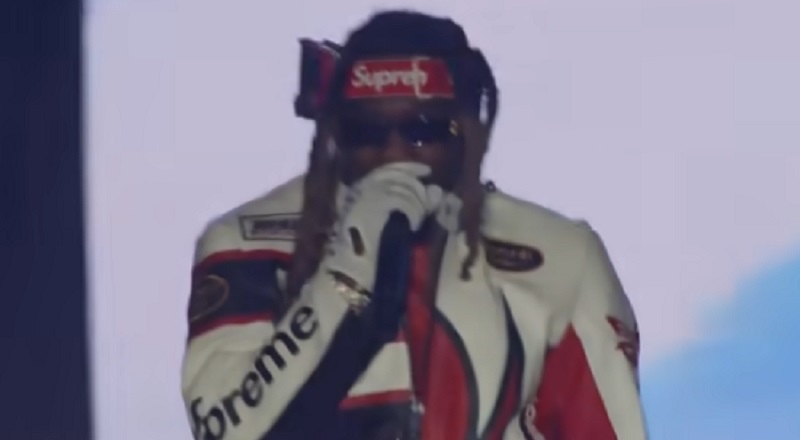 Offset trends on Twitter in the wake of Takeoff’s passing

Offset became the most popular member of Migos, during the 2017-2018 period. Until that time, Quavo was the “Beyonce of the group.” However, true fans said Takeoff was truly the best member of the team. When Migos dropped “Motorsport,” most fans said Takeoff had the best verse. Unfortunately, this was the beginning of the end for Migos. As Offset went solo, Quavo and Takeoff formed a duo. On “Drink Champs,” Quavo and Takeoff shaded Offset and Cardi B.

Offset, Quavo, and Takeoff are family, above all else. When the three were rising to fame, people noticed that they all looked alike. As a result, they were asked about their relation to each other. In turn, the trio revealed that they were cousins. Nine years ago, Migos rose to fame with their single, “Versace.” Actually, they were the first artists to benefit from the “Drake stimulus.” After the “Versace” release, the song quickly went viral. As a result, Drake jumped on it, and made it into a hit.

Offset ended up becoming the Migos member with the most mainstream fame. Throughout 2022, fans have questioned if Migos have broken up. Lately, Offset has done more solo work, as Quavo and Takeoff were working as a duo. This morning, news broke of Takeoff being fatally shot in Houston. As a result, fans on Twitter are wondering where Offset is at. After all, he is still Takeoff’s family, regardless of where the business is at. With that being said, the fans are want him and Quavo to reunite.

Offset trends on Twitter in the wake of Takeoff’s passing

More in Hip Hop News
Takeoff passes away, as a result of a shooting at bowling alley, in Houston
Deion Sanders bans Jackson State players from leaving their Houston hotels, this weekend, after news of passing of Takeoff [VIDEO]