Home » Articles » Offset’s Father Goes Off On Cardi B and People Who Criticize His Son in a Facebook Post; Claims She Posted Picture Of Baby Kulture Out of Spite [PHOTOS] 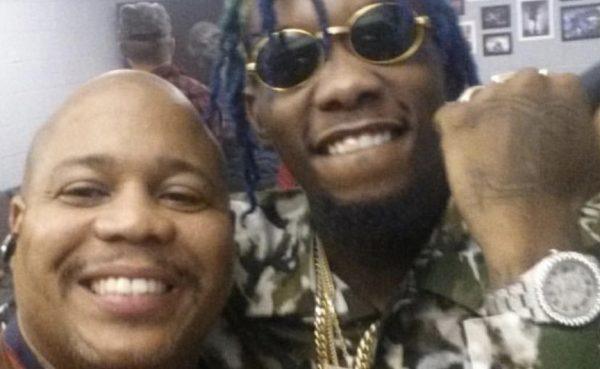 Sometimes the people we call “family” will air all your business out. Offset is learning the hard way as his father, Michael Woodward, is spilling all the tea about his son and daughter-in-law’s messy marriage.

“People do and say hurtful things about my family members daily; specifically my child. While he ain’t perfect, he is mine and as a parent, I have a duty to protect him.

Right now, I cannot do that. Like most young adults, he doesn’t always do what he’s advised to do but we are talking about a 25-year-old with an unlimited supply of money, women chasing him, people at his disposal, etc. Couple that with a hot headed female that thrives off of social media attention and is on the same financial level as/above him and it’s a recipe for disaster.

Psychological issues, depression, and drugs that make the situation worse,” allegedly wrote Michael. “You all do not know how that effects the rest of the family from late night phone calls, emergency travel, news, media, etc. I did not sign up for this. Everything I do and say is scrutinized, everyone wants a favor to get close to him or Cardi.

Last week when Cardi posted the divorce video I could not get any work done at work as the phone calls, texts, DMs, etc were non stop. She released the baby picture out of spite. It was supposed to come out in his album. She basically screwed my whole family over that vowed not to release pictures to social media. My whole family is in an uproar right now and I can’t fix it. […] I would not wish this on anyone.”

Do you think Mr. Woodward should have went public with this information or kept it in the family?

More in Articles
Jacquees pulls up on Keith Sweat, telling Keith he WAS the “King of R&B,” but HE is now the king, for ages 16-25; Twitter says Jacquees has lost his mind and Keith says there is no torch to pass “I’m still gettin bags” [VIDEO]
Maggie Makes Her Debut On #LHH; Fans Feel Sorry After She Reveals She Got Shot; Say Her And Maino are a cute couple! #LHHNY