Home » Hip Hop News » Ok Lonzo … Twitter gives Lonzo Ball his props for a good game, tonight, but the Lakers still lost to the Knicks, and he’s getting roasted for that 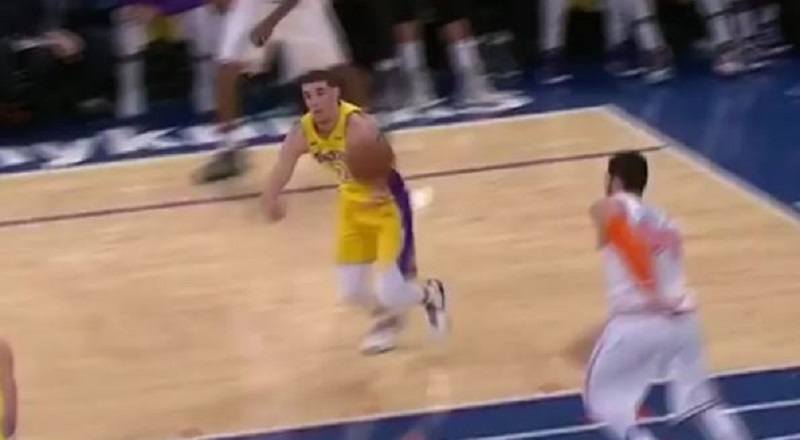 See, people always got something to say about Lonzo Ball, mainly due to all the trash his dad, LaVar Ball, talks. Some critics, who despise the daddy, feel for Lonzo, because of his added pressure. Honestly, a lot of that sympathy fell to the wayside, when Lonzo dissed Nas.

Then, dude had nerve to walk into Madison Square Garden, rocking a hoodie with his face on the Illmatic cover. As soon as he walked in, Lloyd Banks called Lonzo out for that one. When a person’s competing, that’s what they do, though.

Tonight, Lonzo Ball was prime-time, playing the Knicks in New York. In the end, Lonzo Ball put up 17 points, 8 rebounds, and 6 assists in 40 minutes, on the floor. But, “Ok Lonzo” became the trending topic, when it was clear Lonzo’s effort wasn’t going to give the Lakers the W.