Home » Hip Hop News » Old clip of Dwight Howard inadvertently sticking his hand between another man’s legs goes viral, after rumors of him with a transgender woman emerge [VIDEO] 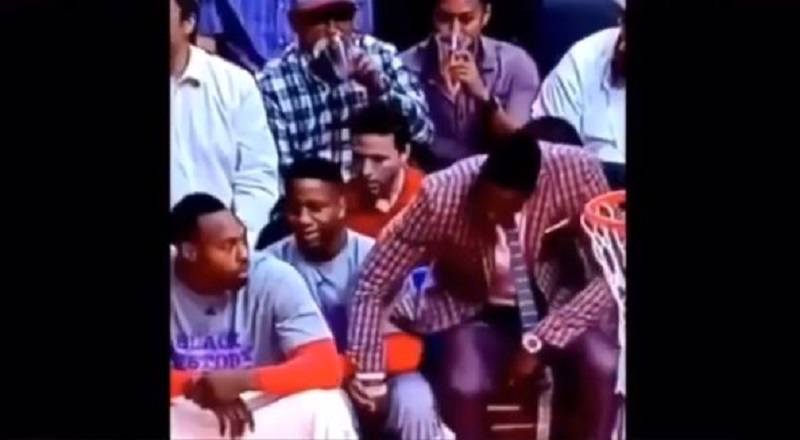 What is sad about this era is that there is more information than ever available, but people use it the wrong way. Tonight, people had a chance to embarrass Dwight Howard, and they took it. Even though there is a lot being said, nothing proves Dwight is guilty of anything.

Dwight Howard, from 2007-2012, was considered one of the NBA’s top players. During that span of time, Howard led the Orlando Magic to the playoffs every year. In 2009, he even led the Magic to the NBA Finals, where they lost to Kobe Bryant’s Lakers, which he’d join in 2012.

Tonight, the people are still going in on Dwight Howard, and having plenty of jokes. Now, all of the jokes about his sexuality are being taken seriously. A video from Howard’s time with the Houston Rockets has gone viral, where he accidentally grabbed another man between his legs.

More in Hip Hop News
Dwight Howard gets outed by a transgender woman, Masin Elije, who EXPOSES the Washington Wizards player, sharing their DMs, accusing him of sexually harassing, threatening, and manipulating her, adding she is afraid for her life; Meanwhile Twitter has jokes about Howard’s buttocks injury, and Royce Reed comments (FULL CONVO INCLUDED) [PHOTOS]
Smooky MarGielaa – “On The Block” [VIDEO]