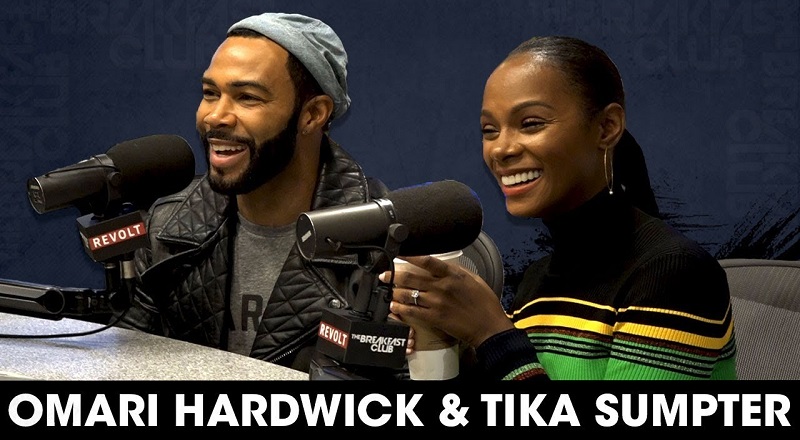 For well over two decades, Omari Hardwick has put work in, from doing music videos, and small acting roles. Showing up in various films, he got his big break, in “Being Mary Jane,” on BET. After season one, he left, due to booking “Power,” where he became a household name.

Tika Sumpter, meanwhile, has had a similar journey of doing some small roles. In 2013, Tika Sumpter received her big break, when she was cast in “The Haves and the Have Nots.” For five years, she has starred in the lead role of the show.

Omari Hardwick and Tika Sumpter stopped by “The Breakfast Club,” speaking with DJ Envy, Angela Yee, and Charlamagne Tha God. The two came to discuss the Nobody’s Fool movie. While speaking on the movie, they also got into a discussion about overzealous fans.